This year we received over 500 project proposals from individuals and collectives from all over the world, making the selection process both exhilarating and difficult.

The 2017 Crystal Ruth Bell Residency - "Care" is awarded to LaTasha N. Nevada Diggs, for her poetry and performance proposal, excepted below:

"My proposed project, the feeling is mutual, focuses on mutual care within communities of women through a performance, small video installation and a series of poems. Inspired in part by the care my mother received from me during the last three months of her life along with my concern over cross generational disconnection, I would invite women artists ages 50 and above to receive 10-15 minutes hand massages by women artists between the ages of 16 and above."

"During my residency, I would like to study Chinese massage techniques and medicinal ointments as they relate to the hands and forearms. This research will be documented through video and poetic text. The residency will culminate into a public event where I would invite women artists of various ages to give and receive hand massages (after presenting a brief tutorial), 15 minutes at a time for a duration of two-three hours with brief breaks in between."

"Do we artists only communicate with each other when it concerns art institutions, publishing, and commissions? Are we able to be generous in ways that involve touch, feeling, caring? Can we be our creative sister's keepers?"

China Residencies and Red Gate Residency will also support Migrant Workers Film Collective, already based in Beijing, in developing their documentary film series through further collaborations within and beyond Beijing's artist communities.

"Migrant Worker Film Collective was founded by Wang De Zhi (migrant worker who lives in Pi Cun) and Song Yi (art critic and independent art space practitioner). We come from different classes, and therefore, have different aesthetic approaches. Art has functioned differently in each of our lives, and will continue to do so, at least partially. However, we share the same sense of responsibility for one urgent call: to combat the difficulties Chinese migrant workers endure under systematic violence. With our camera, we face the violated emotional lives of those affected and the wider social structure that made this violence so cruel yet so invisible. With our camera, we also contend that that the working class and the intellectual must be face to face in order to understand what the subject and the object of “action” is in today’s context." 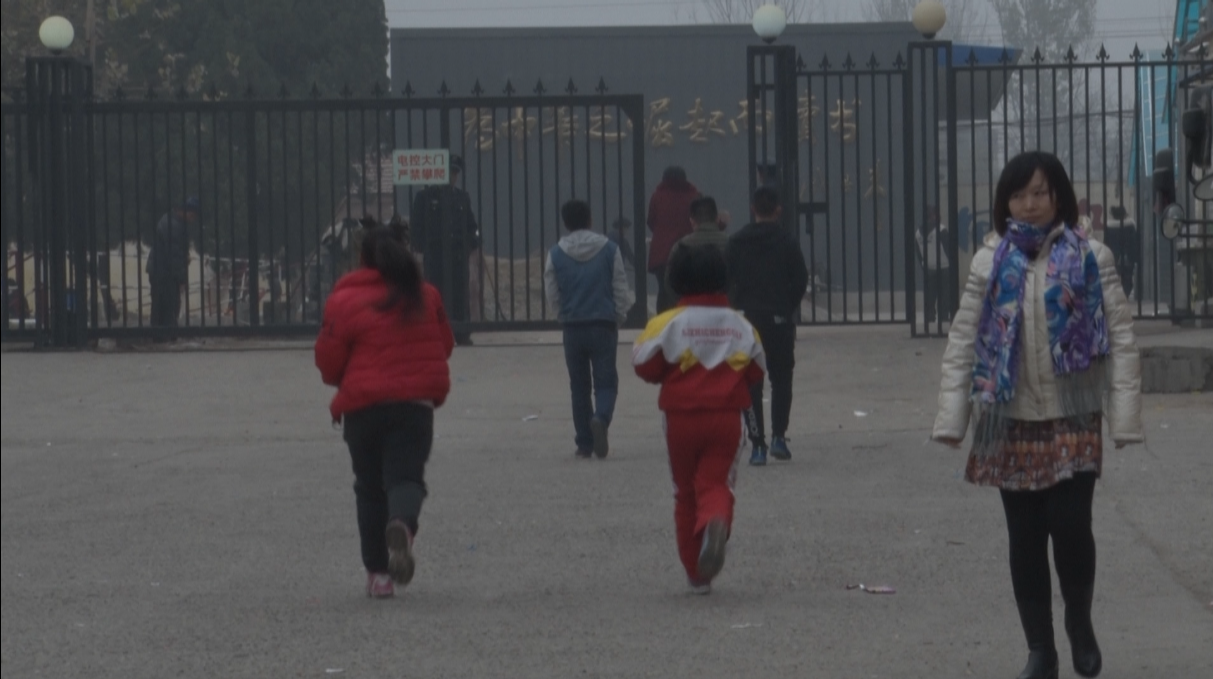 "After us, the Deluge," 2017 documentary about the life of second and third generation migrant workers

Listed below are the finalists for the 4th Crystal Ruth Bell Residency - Care at Red Gate, Beijing this winter, along with excerpts from their project proposals.

"The objective of my residency will be the reconstruction of my earliest past of growing up in Beijing, a dive into my unconscious that has stored experience on different scales: a family that falls apart and a society that struggles to overcome a collective trauma."

"Up to now my leading themes as a creative in the East African region have been child abuse, gender based violence, identities and human freedom. These are issues I have addressed in dance and have seen how important these topics are in Tanzania. My first inspiration pours out of the situation of street children in Tanzania and my own biography as I have been living several years as a street child" 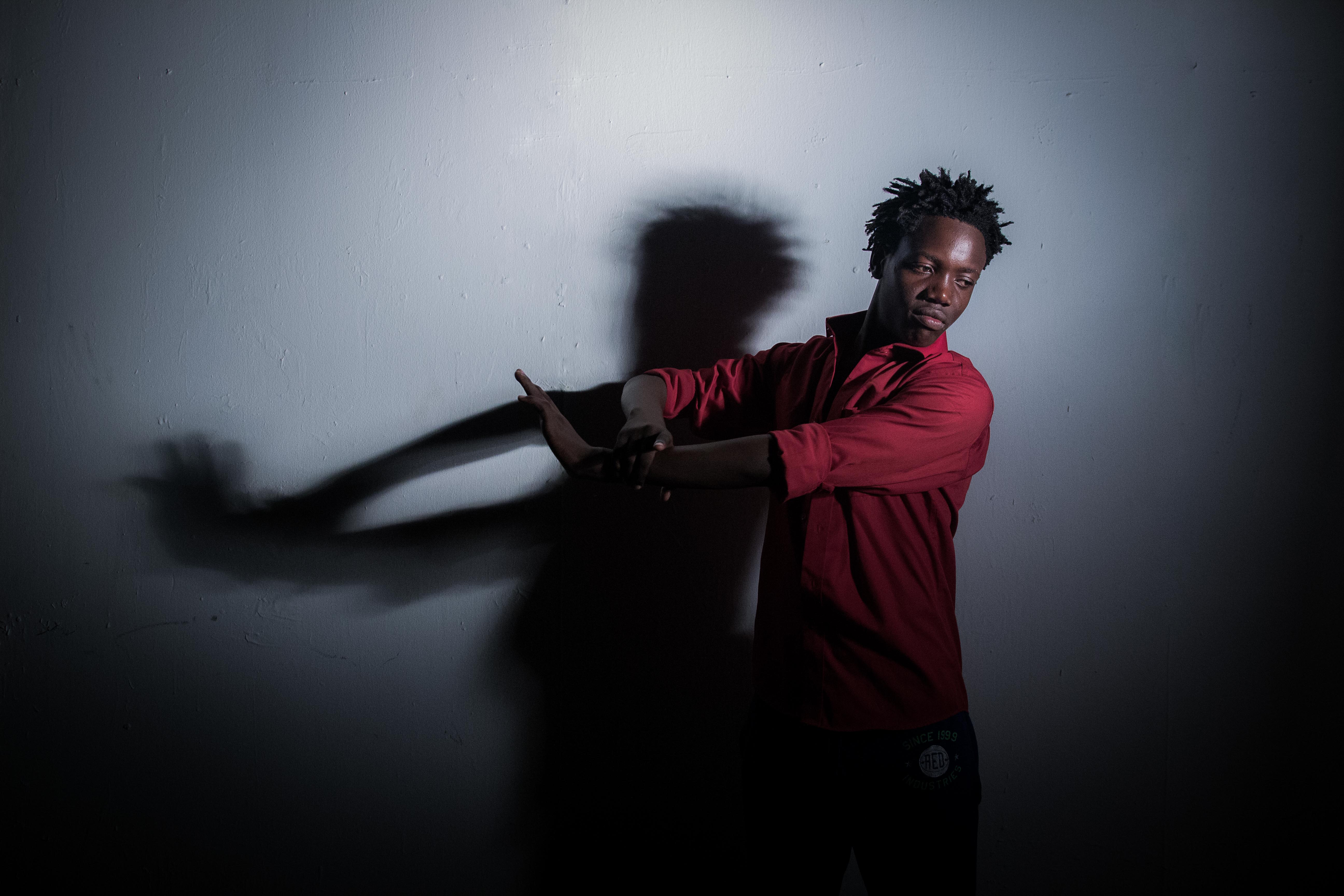 "The idea is to create an interactive sound installation that aspires to share a selection of voices of several refugees but, more importantly, a work that talks about Europe, which views Europe with the eyes of those who are suffering from our politics and claims of hospitality, but who never give up and who have so much to teach us."

Imagination of Things, from Amsterdam, Netherlands

“The Empathy City Crew is a newly created group in Beijing, pioneering the fight against a crucial issue facing society: the scarcity of empathy. The Crew uses radical imagination to provoke the politics of humanity.

We believe in the power of hypotheticals and fiction as design devices to better understand and critique our realities. We are choreographers in a hunt for metaphors for urban resilience”

The Empathy Bomber Backpack is a speculative object designed for the extreme activist of the near-future as an empathy-hacker.

"We want to use the influences of our surroundings to help construct the world's very first ''Planetarium of the Blind" This is a three-dimensional installation of drawings, poetry, audio and multimedia. The Planetarium will provoke questions about the limits of visual perceptions, sight, and dreams about the outer limits of the world." 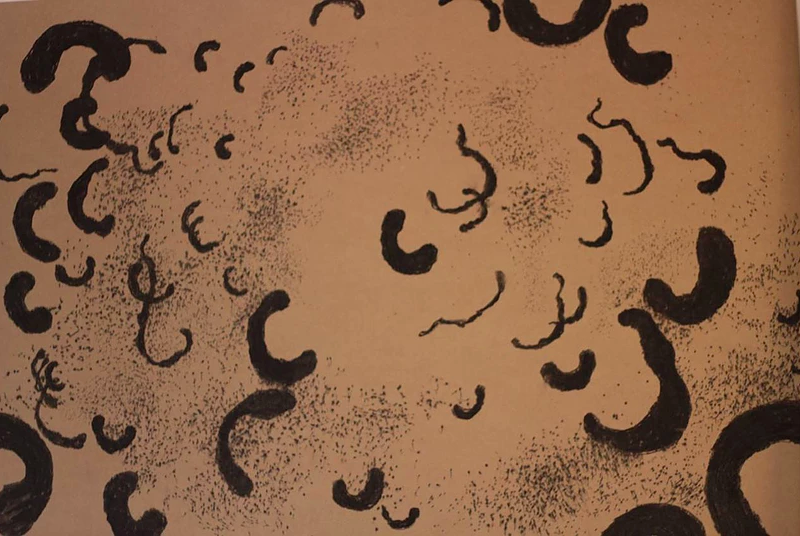 Planetarium of the Blind still

"I not only philosophically “ruminate” about the human/cow relationship, but practice it within the context of contemporary art. I work with real dairy cows, on a real farm, in my practice. They are my collaborators, my friends, and my beloved" 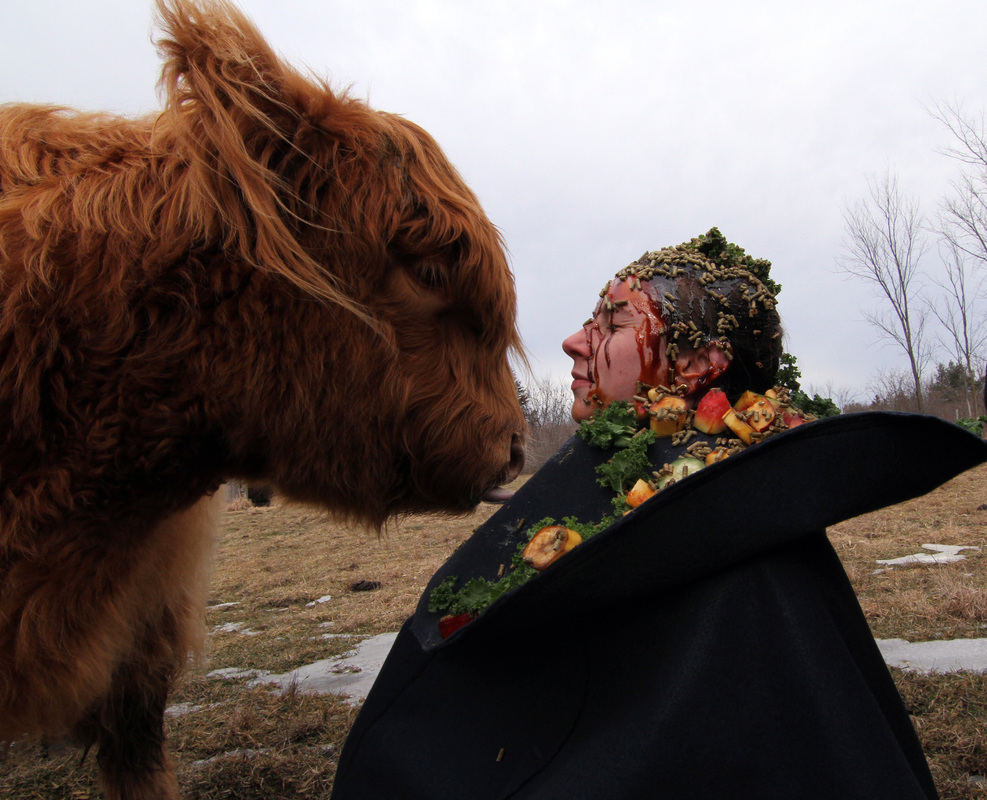 “As a Crystal Ruth Bell Artist in Residence, I will explore kites as transmitters of messages, as vehicles of care. I will use my time at Red Gate to research historical and contemporary uses for kites and methods of kite creation, in their country of origin. At the end of my residency, kite makers will send our messages—secrets, wishes, intentions, fears, hopes—into the sky in a culminating performative, participatory exhibition of winter kite flying in the Ming Dynasty Wall Relics Park." 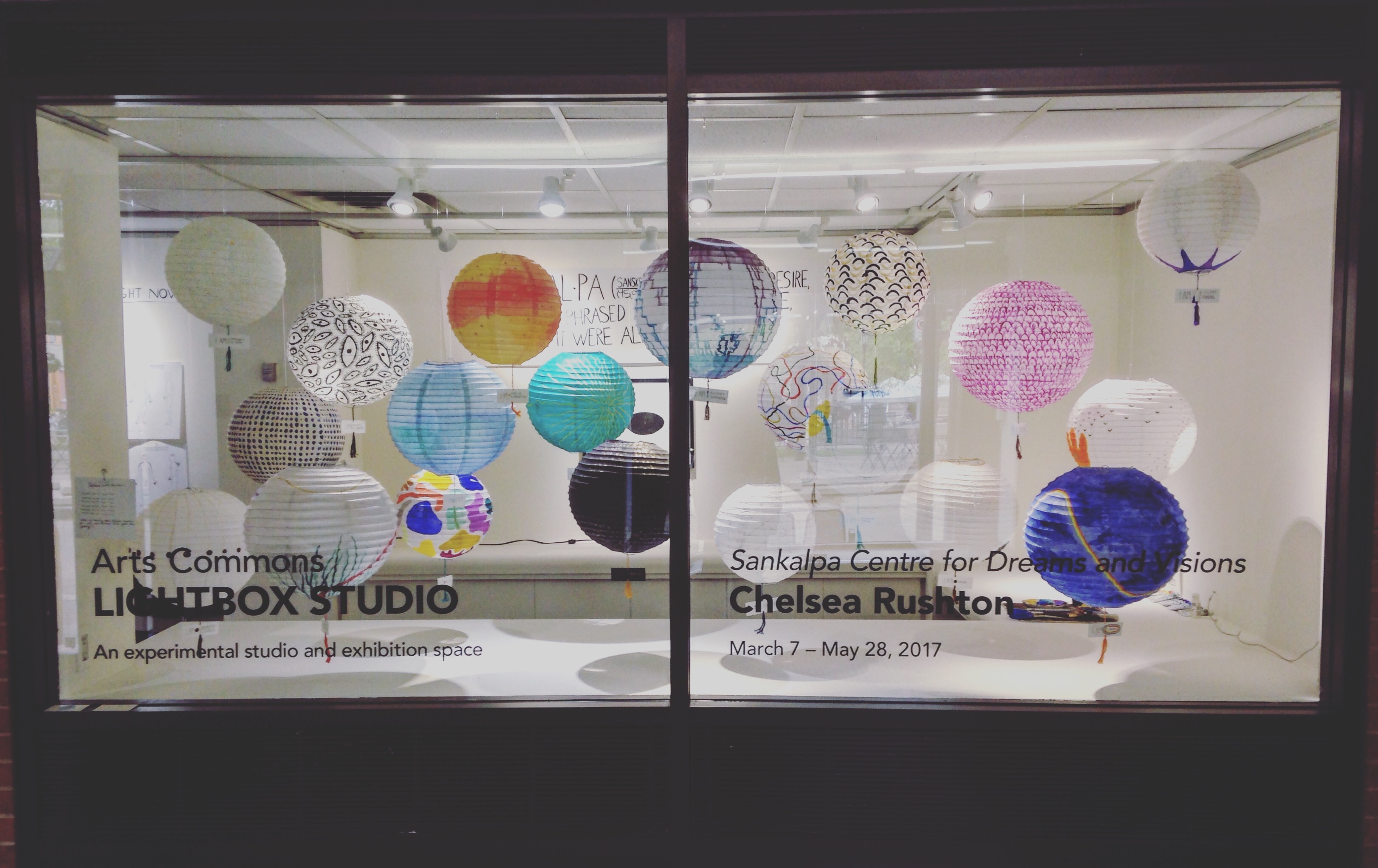 "The Chinese government is using beautification美化 and civilization文明 as social tools for modernization in order to implement an image transformation in the Hutong districts. Currently, Artists and independent spaces are exploring the impact and the meaning behind the renovations, while simultaneously working as advocates to preserve the cultural and historical heritage of Hutongs. The film seeks to understand what the artist’s role in gentrification or de-gentrification is, in adding value to Hutongs by capturing what is already beautiful, and its social responsibility from working within the community of Hutongs" 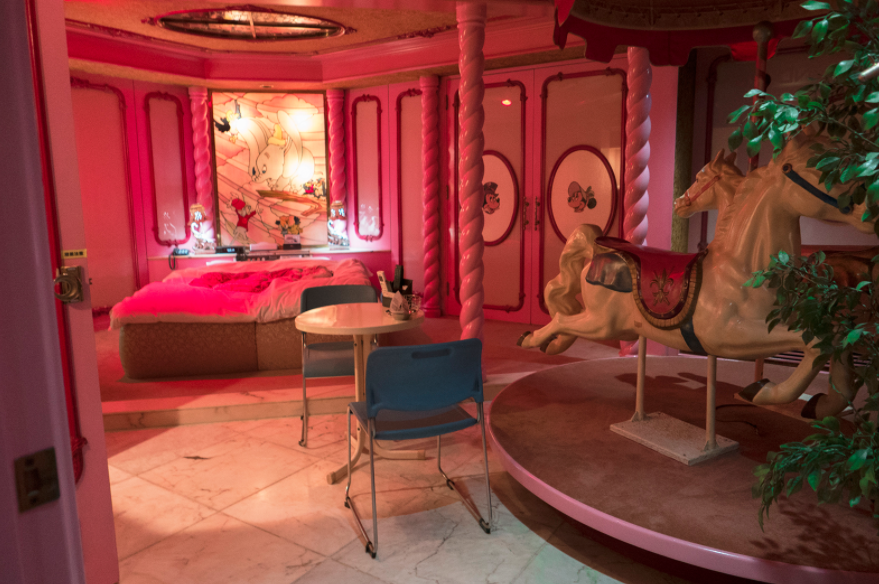 "My project to develop in the time of residence will be linked to my autobiography on the borders of not being anywhere, on the ambiguity of not belonging to anything or anywhere." 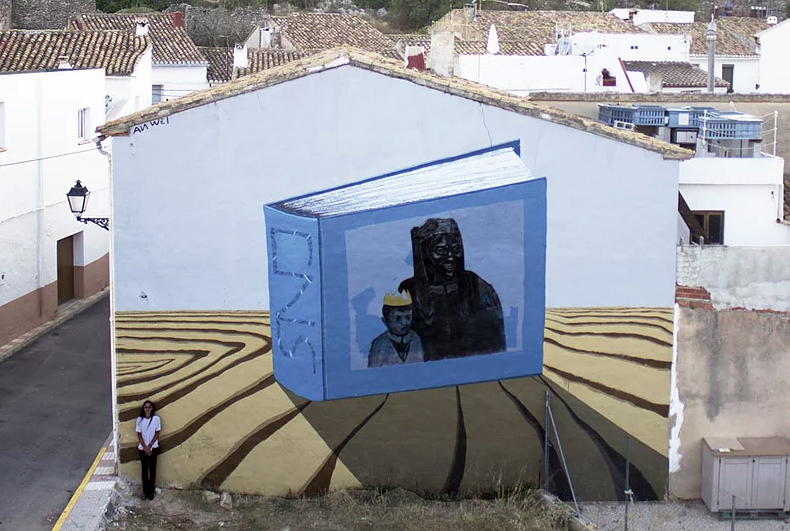 “If we think of CM as both a medicine and a performing ‘art’, what new aesthetic, scientific and technical understandings about CM practice in Beijing (which has a very specific history, community and development of CM) might be discovered, created and shared? What new intercultural communities and art-medicine care practices might be developed?”

”During my residency I would like to explore and document a specific demographic group that resides in Beijing - migrants from across China that live in underground basements of Beijing, otherwise known as ‘rat tribe.’”

“'Pass The Mic' is a platform for women in poetry and other art forms to produce work telling their stories on their own terms. As women we should be able to talk about our issues and struggles without the voices of men overpowering us, without men wanting to speak on our behalf.” 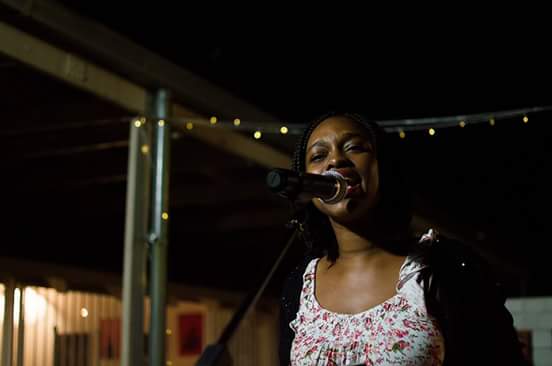 “Thus, I would love the opportunity to further examine the metaphor of this mushroom & it’s ability to connect communities while inspiring behaviors of salvage, transformation, and healing through a natural system of care providing while participating in the Crystal Ruth Bell Residency. I would like to use my research to structure a series of movement workshops which will evolve into a performance exhibited at the conclusion of the residency”

Congratulations to all our finalists and thanks again to our jury. We look forward to helping all finalists pursue their research in China in some way at some point in the (near) future.