Katy Roseland is the co-founder of Basement6 Collective, as well as an artist currently taking part in the Swatch Art Peace Hotel residency. She recently created an Artist's Guide to WeChat for China Residencies, and told us all about her many online and offline creative endeavours in Shanghai.

China Residencies: Give us a rundown. What is it Basement6 and how did it come to be?
Katy Roseland: Our community has evolved into a sort of underground alternative art space in downtown Shanghai. We initially started as a group of friends and collaborators in a raw concrete wartime bunker. We eventually started attracting artists and people interested in the narrowing margin between a white cube institution and a café gallery, Basement6 has evolved into an experimental playground for discourse, exhibition making and performance in this ever-updating city.

CR: How did you end up joining forces with other spaces in the community center to create Basement6?
KR: The real estate purge has this way of connecting people. We lost our initial space (due to naive mistakes and a politically conscious era in modern Chinese history) around the same time Uptown Records was having some venue restructuring. The erfangdong [landlord] of the space called out to us in attempt to fill some empty rooms in his other war time basement property. We joined “the damp culture center” comprised of Idle Beats Screenprint club, who moved in shortly after, a couple musical entities and an independent painter. Collaboratively we run The .Gif Shop, a “graphic interface format” for zines, independent publications and a reading room. We have evolved into an eccentric family unit, supporting each others’ events over our shared bar.

CR: Tell us about yourself and your background. How did you find yourself in China and in Shanghai?
KR: I moved to China in 2009 for a shitty ESL job in a 7th tier city as a designer and painter in identity crisis. In attempt to travel and refresh, I ate pray loved my way into Dalian, in North Eastern China, accepting a job as a children’s book illustrator. Basically, this is when my relationship with the Great Firewall really got to second base and I developed a virtual identity out of isolation and expat woes. Shanghai has been my home for the last 5 years, where I've worked as a studio assistant and instructor, co-founding of B6C, configuring a performance art collective, and currently undertaking a residency program at The Swatch Art Peace hotel for new media and online performance.

CR: How did all of you meet the other founders and decide to start the art space together?
KR: Anneliese and I met on a job in 2012 and found the space through a listing I found while apartment hunting. We were starting up the Asian branch of No Lights No Lycra, an experimental dance session. Sophia Lin contacted me through a Craigslist ad for “Cool chicks in a studio space”. We were looking for a timeshare but she was savvy enough to suggest an art collective concept. A few weeks later we had a few mutual friends join us, including a friend from my time in Dalian. The crew has evolved into 6 core members from China, Canada, US, and Kazakhstan. 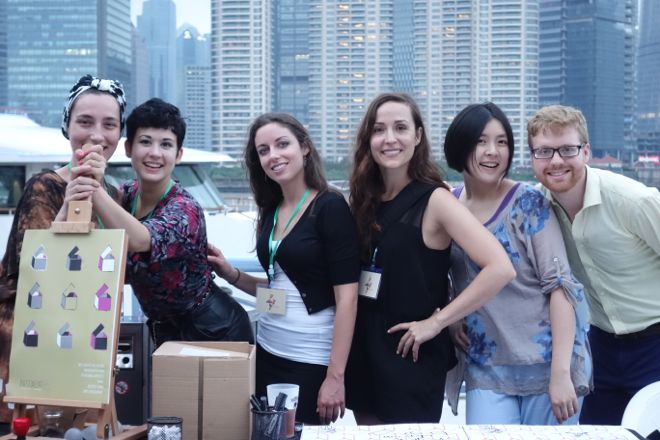 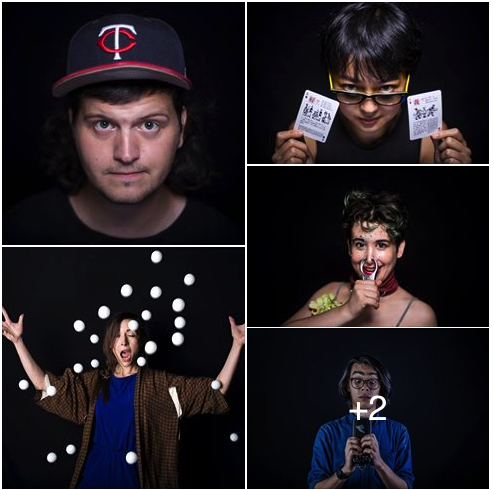 CR: How do you currently structure your collective decision-making?
KR: A WeChat group chat! You’d think curatorial teams are easy, but actually we take turns spearheading exhibitions and festivals and the others support with our collective time and volunteer effort to make events possible.

CR: How long has the Basement6 residency been around for, and why did you decide to start one?
KR: I had a great apartment just a block away from the space. I wanted to fill my empty spare room with an interesting tenant. We piloted the residency in 2015 with a writer and then officially launched with a Malaysian new media performance artist in spring 2016.

CR: What is the residency? It seems like a very fluid space for those interested in exploring and experimenting culture, digital and social networks, and connectivity. Can you expand a little more on why you think Basement6 in Shanghai is a good place to do this?
KR: Thanks, I’m glad you make that assessment! Yes as I mentioned, we are part of a community, a rare community if I can say that. Reflecting on my personal residency, I can confirm that the biggest asset to an artist is their network. Basement6 takes this (and maybe only this) very seriously as our richest currency and offering to a new artist, traveler, hobbyist in Shanghai. I think being a non-for-profit space aids in the raw and honest nature of the people we meet and attract. I would gather that these people form movement and influence in Shanghai underground culture. We serve this support to our residents and guests. 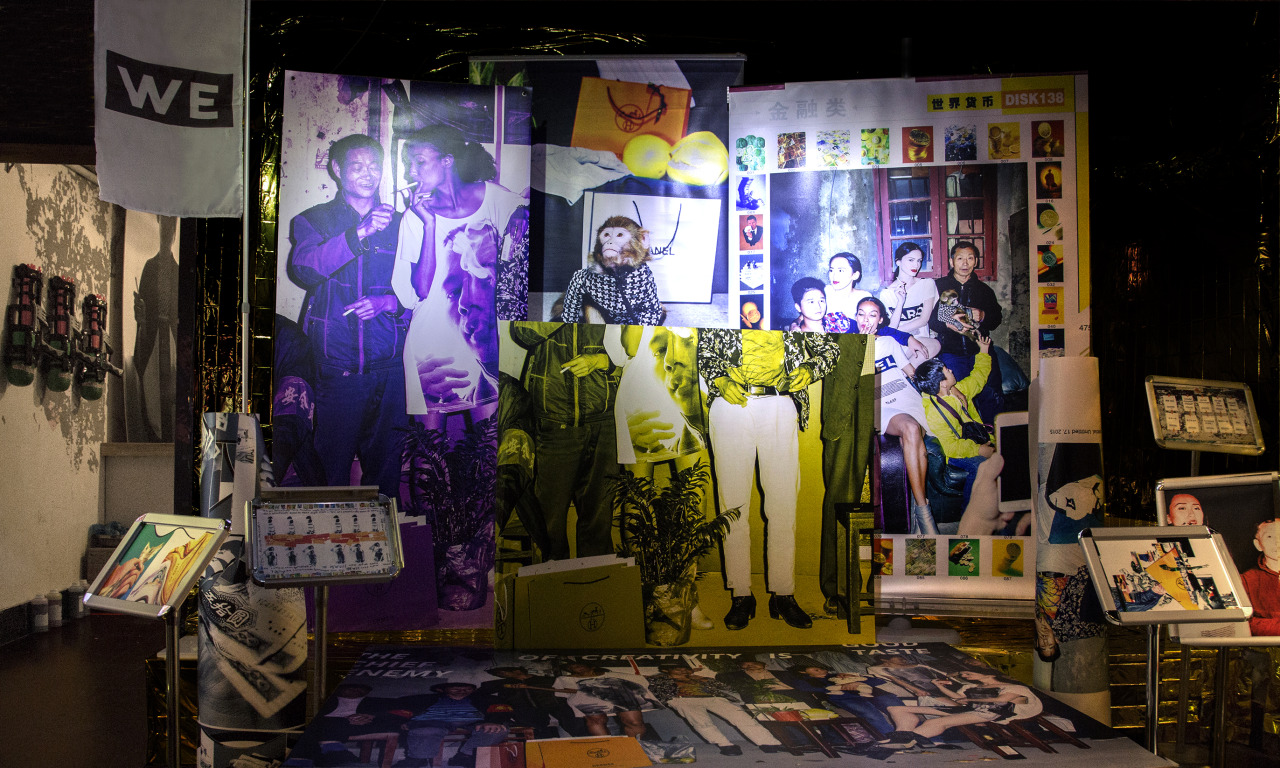 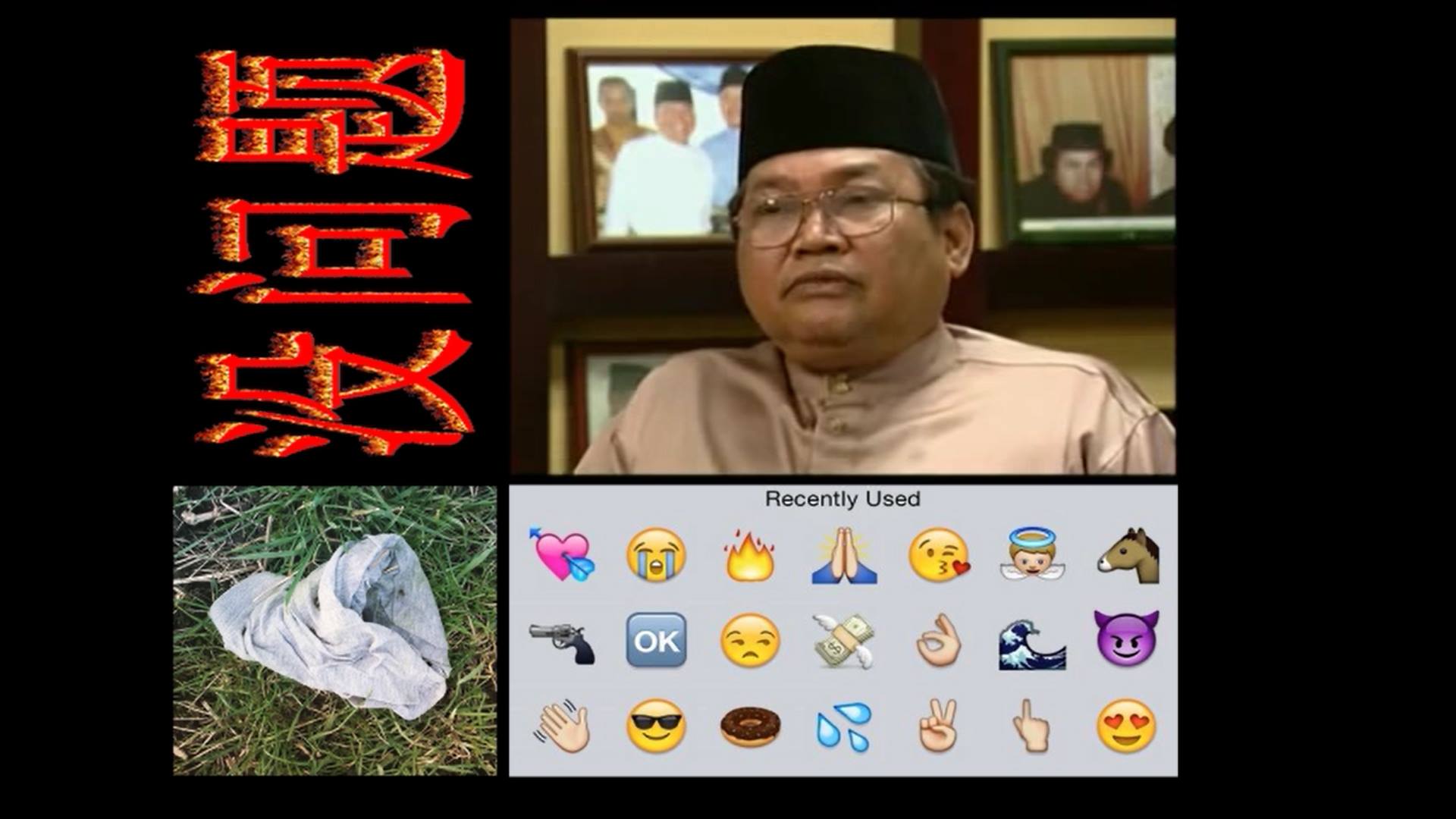 CR: Can residents work in any medium?
KR: Yes of course, but keep in mind basements aren’t great for ventilation. Turps and paint fumes might not move through the space so well.

CR: What’s your criteria for the artist selection? What kind of projects are you hoping to continue supporting?
KR: We aim for experimentation, so this means young and un-established artists are welcome to apply. As well, we love to challenge veteran art practitioners into new focuses and testing grounds. We have great reception to performance and new media work or whatever else aims to reflect upon the Shanghai experience.

CR: Up to how many people can you host at once in the residency studio?
KR: A solo artist or duo would be best.

CR: The current open call’s objective is to organize a series of workshops. Was Wang Rou’s time as a resident also focused on organizing workshops?
KR: We hoped this would factor some face to face audience and research time and allow for some income for the artist as they would net workshop fees from their students. Its not necessary at all but an option.

CR: How do you see the residency’s focus evolving over time?
KR: As the aforementioned workshop practice, would be cool to have more of an educational impact.

CR: Are artists able to take advantage of the resources, like the Print Club at Idle Beats and the music gear at Uptown Records?
KR: Absolutely, we are keen collaborators but function autonomously so exact details would be worked out on a case by case basis. 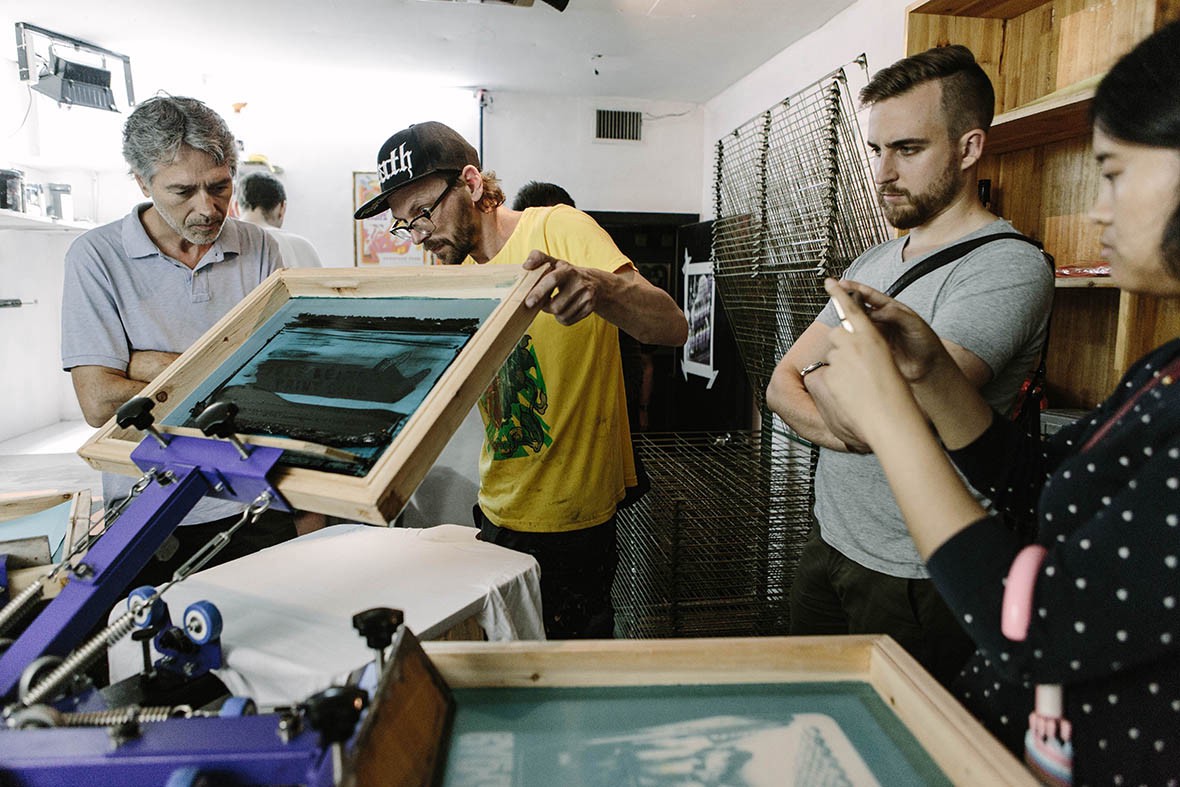 CR: What kind of opportunities are you offering the artists to get to know the Shanghai arts scene? Do you help them engage with other artists or institutions locally?
KR: We will tell you all we know, take you out, introduce you to people and share our knowledge of this evolving place and time. Not just about art, but the city’s cultural, economical and social ecosystem.

CR: As an artist yourself, you’ve also taken part in residencies like Swatch and shown work at the Bazaar Compatible. Do you keep your practice as an artist and your role as a residency administrator separate, or are they one and the same?
KR: I don’t want to sound cheesy with the old “life is art” campaign but I curate, make, exhibit from the same spirit. Whatever that means… Its all situational.

CR: Who is the intended audience for the work that comes out of the residency?
KR: Those in search and those in need.

CR: Tell us a little about your legendary parties. Also, is No Lights No Lycra still happening?
KR: We have accepted that while “life is art”, parties happen. And its really easy for underground gatherings to take on the role of a party. We aim to facilitate dialog, experimentation and freedom. Isn’t that a party / grounds for celebration?  As well, I find it easier for the Shanghai public to digest performance and exhibition under the context of spectacle. Our shows are not known for quiet contemplation. Although I should remain clear, we do not aim to produce entertainment.

No Lights No Lycra has taken on a new Shanghai-specific context, and yes we still dance in the dark! 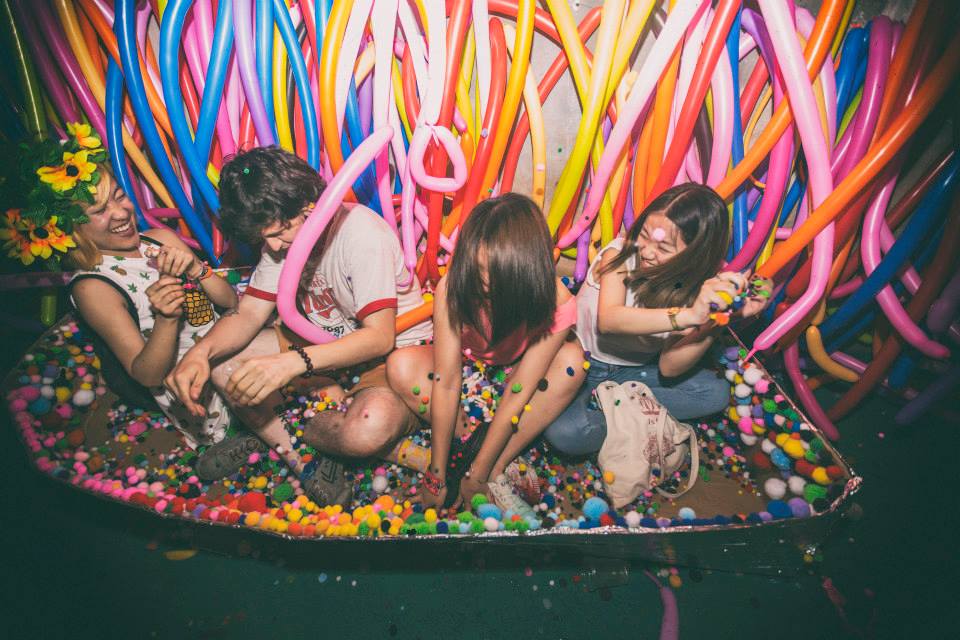 CR: Are there any people are on staff, or does everyone volunteer to run the basement?
KR: We all volunteer and pay the rent when the bar profits don’t! (I don’t even have another job!)

CR: Is there anything else you'd like to add about the residency program, your mission, or the opportunities you provide for artists?
KR: I hope applicants understand the impact of our great big censored internet. Do you even digest how that influences art practice? Communication? Culture? Global influence? We need human bodies and their innovations to cross the Great Firewall as living data packets. Welcome!!!

This interview was conducted over e-mail on August 2nd 2016 by Fei Liu for China Residencies.