Being a Queer person anywhere in the world presents its own set of unique challenges. This guide was written by Mikail Wright-Kwon, who conducted dozens interviews about people's direct experiences and complied research to share basic history of the LGBTQ+ community in China. This guide exists to highlight queer venues that want to be known and activists in different cities across China, and to provide some cultural context on the intersections of queerness and Chinese culture. Like all of our guides, it's a collaborative work-in-progress that we'll update regularly. Please send us your thoughts, comments, questions, and additions!

Instances of very open gay relationships and homoerotic art and literature are peppered throughout China’s five thousand years of recorded history. While the language and cultural context of describing people as “gay” and “queer” is still relatively new, major historical figures who were either bisexual or exclusively homosexual have gone by many different terms throughout history. One of the most well-known is “the passion of the cut sleeve” 断袖之癖 duànxiù zhī pǐ. It refers to the story of the relationship between Emperor Ai 汉哀帝刘欣 of the Han Dynasty and his lover, a politician named Dong Xian 董贤. One afternoon after falling asleep in the same bed, Emperor Ai cut off his sleeve rather than disturb the sleeping Dong Xian’s rest. Many historians believe that Dong Xian’s rise from a minor politician to the most powerful official during the Han Dynasty was due to his intimate relationship with the Emperor: Ai even attempted to pass the throne on to Dong Xian upon his death.

The official term for “homosexual” used modernly is 同性恋 tóngxìngliàn, and much like its English counterpart, 同性恋 tóngxìngliàn has a very rigid and medical connotation to it. Most queer people prefer the use of 同志 tóngzhì, literally “comrade” which has been co-opted from earlier communist use. 啦啦 lala is often used to describe lesbians. In Cantonese, gei 基, adopted from “gay” (can also be transcribed as 给 gei), is often used and can be neutral or pejorative, depending on its context.

Attitudes varied throughout the dynasties, but throughout ancient China, homosexual relationships were often treated with indifference. Homosexuality was viewed as ordinary and accepted in society for most of Chinese history. It’s unclear exactly where this begins to deteriorate. It’s believed by some historians that cultural opposition to homosexuality started to form during Tang dynasty with the influx of Christian and Islamic outside influences. According to some, anti-gay sentiment became widespread during the Ming dynasty (during the late 14th century). During the early Qing dynasty (17th century) is also when we start to see the term “雞姦 jī jiàn” being used in legal documents to refer to homosexual acts between men as sodomy. While the research of academics like Bret Hirsch suggests that homophobia became prevalent due to Westernization efforts in the late Qing dynasty and early Republic of China (19th and 20th century). Some cite western and Soviet influence for the strict repression of homosexuality, and for most of the 20th century, gay sex was banned in the People's Republic of China. The ban was lifted in 1997, and in 2001, homosexuality was removed from the official list of mental illnesses in China.

There are still major human rights issues in China, and there are no laws preventing discrimination on the basis of sexual orientation, nor recognition of gay marriage or civil union. While expat queer couples living together in major cities can get married at some embassies, granting limited dependent residency status, this right does not apply to Chinese citizens.

China’s trans community has seen a string of victories in the process of attaining rights and recognition. Medical transition is necessary to change your sex on your government documents and transitioning can be difficult because of a lack of resources or a lack of medical understanding, depending on where you are in the country. Prominent talk show host, Jin Xing is the most public Transgender figure in Mainland China and was the first person to undergo sexual reassignment surgery with the approval of the Chinese government in 1996. Already well established as a contemporary dancer and performer in the Beijing Opera, her TV shows are some of the most popular in China and her sharp wit have launched her to public fame. 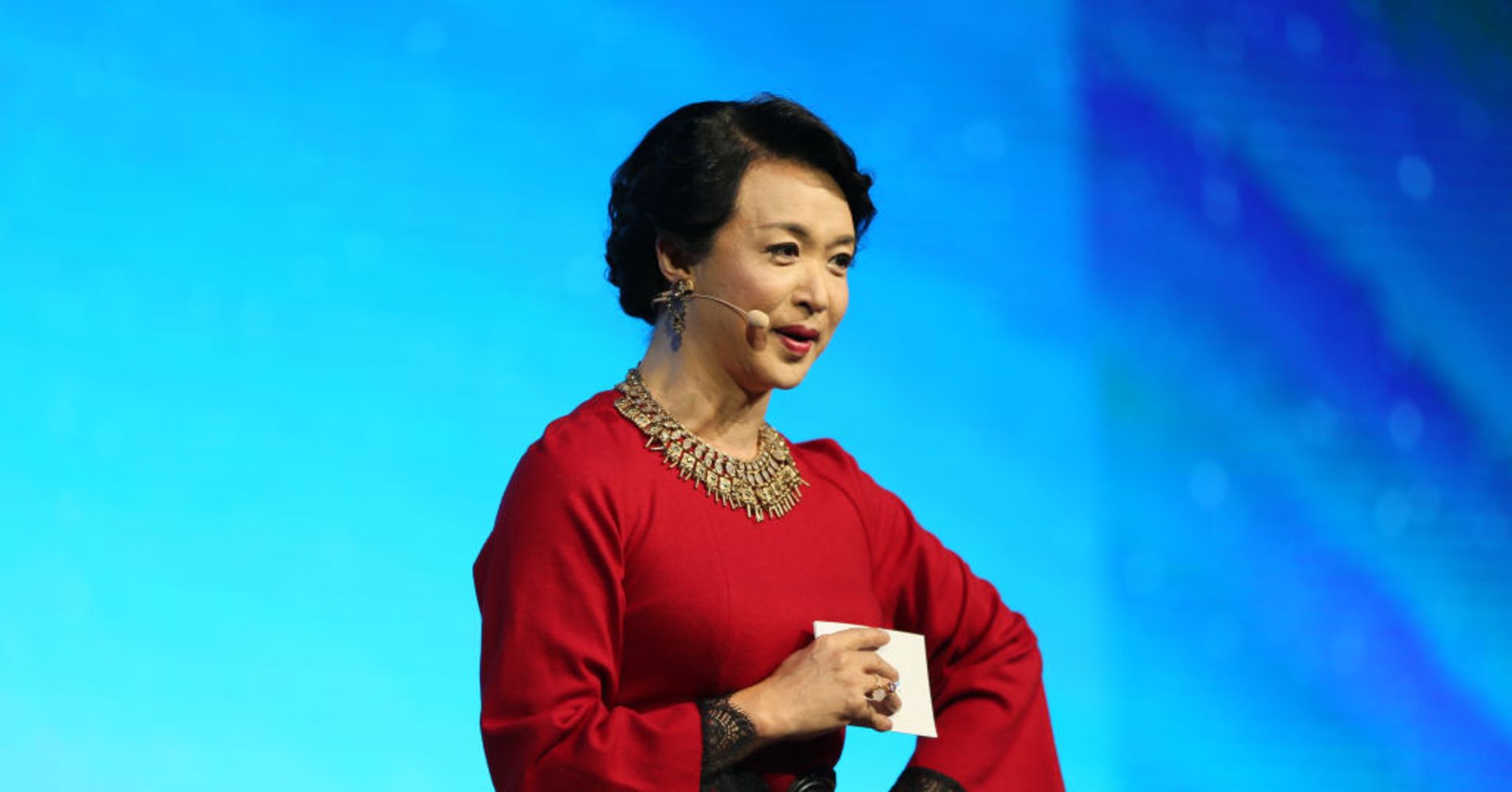 While hormones are easily accessible via the internet, the legal aspects of Trans rights in China can still be murky and changing your gender on your ID can be a lengthy and bureaucratic process that may vary from province to province. For example in the northern province of Shanxi, Trans people can undergo sexual reassignment and change their information on their state issued identification with at least two years of social transition and hormone treatment.

There are other examples (mostly of transgender women) making public and successful transitions like Qian Jinfan who dealt with dysphoria most of her life and transitioned at the age of 80. In 2015 a Guiying provincial court ruled that a local Trans man who goes by Mr.C’s rights were violated when he was unjustly fired after being outed at work.

Atop of the lack of comprehensive sex-ed in Chinese schools, the community is stigmatized and kept underground so STIs and misinformation can be a major issue.  In most major cities there are free clinics and PrEP and PEP are available over-the-counter. Some NGOs and grassroots organizations that support sexual health awareness are places like the Tongle Health Counseling Service Center in Chengdu.

When I talk to young Chinese people gay and straight alike; the largest societal pressures are to do well in school, have a successful career and to be happily married and start a family as soon as possible. 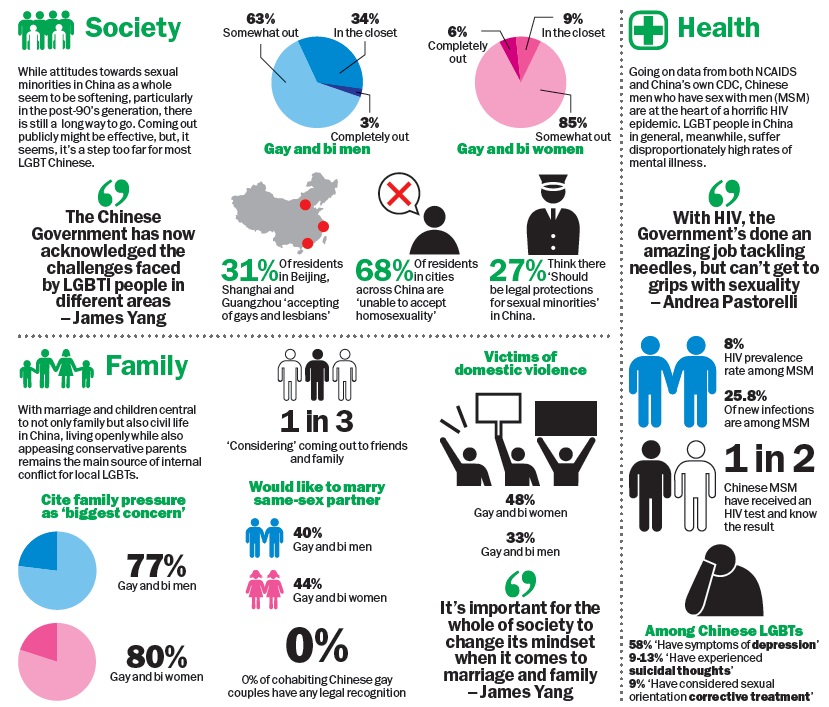 Many Chinese men (77% of surveyed gay and bisexual men) cite this pressure to have children as the biggest concern that prevents them from coming out to their families. Familial pressure urges women especially to marry before the age of 25, and many queer people feel pressured to marry to appease their families. These marriages are known as 形式结婚 (xíngshì jiéhūn) or a marriage of convenience where either the man, the woman, or both partners are gay and remain married to comply with heteronormative societal conventions. 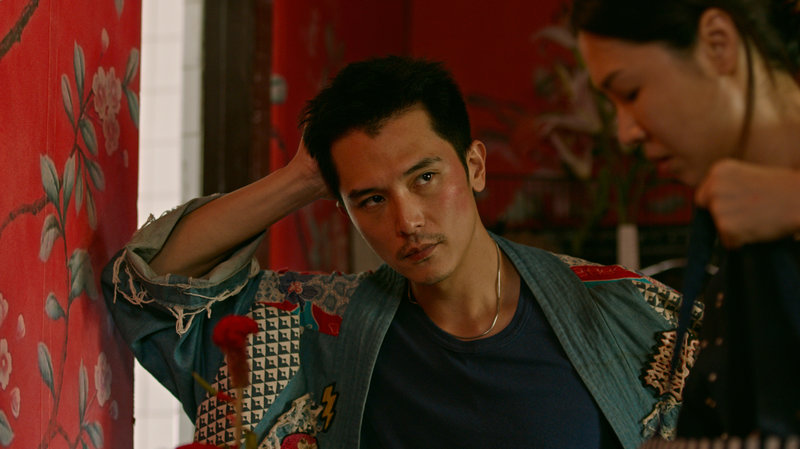 Marriages of convenience have become a more popular subject in film and television lately,《谁先爱上他的》“Dear Ex” is an award-winning Taiwanese film by directors Mag Hsu and Hsu Chih-Yeh. It tells the story of a woman who discovers her late husband has declared his male partner, Ah Jie, the sole beneficiary of his life insurance policy.

The Chinese government only allows people in straight marriages to adopt, these regulations and social pressures make it extremely difficult for LGBTQ+ Chinese couples to start their own families, and prevents many people from coming out to their families. A recent survey in the queer community found that as few as 3% of Chinese men and 6% of Chinese women would describe themselves as “completely out”.

In her short film, “Here I Am” Mengwen Cao shares her

parent’s live reactions via FaceTime while watching a video

essay of her coming out. 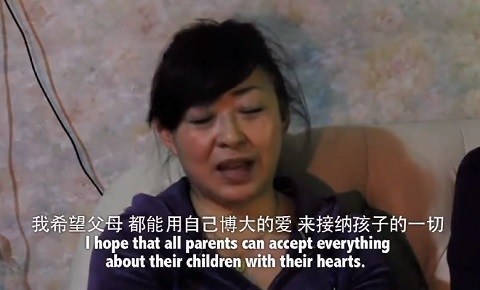 “Definitely! It could be definitely very dangerous (to be a queer Chinese person), especially when you don’t live in a megacity like Beijing, or Shanghai where the community is very developed. Living in a rural area or even a tier two city where people aren’t as accepting. This was totally the case in high school, it seemed very scary. There were a couple of girls in high school who dressed very butch on purpose and were proud about it and they dealt with a lot of harassment. I think 85% of Chinese parents wouldn’t accept their own kids being LGBT.”

So how do people meet?

Queer space and cultural identity isn’t restricted to apps but certainly flourishes on them and if you want to meet other queer people during your time in China you should probably be on them! Blued, Jack’d and Zank are the most commonly used apps for queer men while LesPark and HER report over 30 million registered women.

“Blued really opened my eyes to meeting gay people in China because it’s a mostly DL crowd and with different cultural standards of masculinity or men being more comfortable with being viewed as soft, feminine and with platonic touching it can be hard to tell.”

Aside from meeting on apps, there are lots of queer bars, spaces, events, and shops in nearly every large city in China, Beijing and Shanghai have particularly developed queer scenes and Chengdu, the capital of Sichuan province is known to be particularly LGBT friendly.

In Beijing, Q-Space offers a safe, inclusive space for the LGBT+ community in Beijing. Every first and third Sunday of the month, Q Space hosts life-drawing sessions where participants are exposed to new ideas and challenging themes in order to better understand and discuss gender expression and sexuality. Q Space is open to all, believing in the fundamentals of radical inclusion. Q Space provides basic drawing materials and offers hot wine in the winter, and sangria during the warmer months.

Beijing Queer Film Festival (now known as Love Queer Cinema) was started in 2001 by professor and filmmaker Cui Zi'en during his time working at the Beijing Film Academy. The festival, which usually takes place in the fall, is one of the only grassroots film festivals in China focusing on independent queer film screenings and cultural exchange activities. In the “Communist International of Queer Film,”founder Zi’en shares a brief history of the festival: “In December 2001, we held the first Chinese gay and lesbian festival at the Beijing University Library and showed four and a half Chinese movies. I say four and a half because only four were made in mainland China, and the fifth one was a collaboration between Hong Kong and mainland China. We also used a bar outside of Beijing University to show pirated copies of queer films concurrently. Only the domestic movies were officially listed. We showed the other ones in secret, which was certainly illegal. We did not even have time to contact the directors or producers. As soon as we got hold of these movies, we were eager to show them, and that was another way our “Communist International” manifested itself. We hope the directors and producers will forgive us.”

One of the better known gay spots and only gay club in Beijing, Destination “目的地酒吧” is the place to go for music, drinks, dancing, and the occasional art exhibition in the heart of expat hotspot, Sanlitun (and if you’re a drinker, the “Hot Stud” comes highly recommended.) 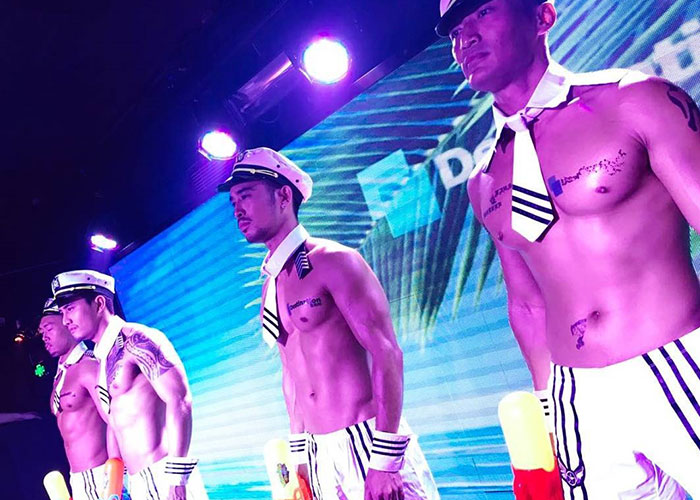 ShanghaiPRIDE Film Festival was established by filmmakers and people involved in the Shanghai arts scene, in conjunction with ShanghaiPRIDE, an LGBT group itself established to highlight a range of LGBT issues. ShanghaiPRIDE Film Festival was, in turn, established to create awareness and promote tolerance for the LGBT community through film. It was launched in 2015 to support new queer Chinese filmmaking talent. It also hosts workshops, Q & A Sessions and panel discussions with some of the leading figures in Chinese LGBT cinema. The festival takes place in June every year as part of ShanghaiPRIDE. Screenings are free and open to all. In its early years, ShPFF worked with the Beijing Queer Film Festival to host film screenings and discussions. Since 2012, we’ve collaborated with foreign consulates in Shanghai to bring in foreign LGBTQ films. In 2014, ShPFF created an independent category for Chinese LGBTQ films.

This is by no means a complete picture of the complex and ever-developing history of Queer people in Chinese society so see the links and resources in the article for more information on a few of the flourishing Queer spaces in China and research by LGBTQ+ scholars and activists.