Artist Tommy Ting was an artist in residence at Organhaus in Chongqing over the summer of 2013. We reached out over email to hear more about his time there:

China Residencies: What sparked your interest in China? How did you hear about Organhaus?
Tommy Ting: I lived and studied at the Central Academy of Fine Arts in Beijing from 2008 to 2009. When I started doing some research into possible residencies in China I wanted a different experience so I purposely looked at cities away from Beijing and Shanghai. Organhaus appealed to me because they have a strong and dynamic exhibition program. They also have a long history in bringing great artists to their artist residencies program and they offered me an exhibition at the end of the project.

CR: Did you apply with a specific project idea in mind, or were you looking for inspiration on the spot?
TT: I initially applied with a project about the Three Gorges Dam but that changed about half way through the residency. It’s good; I reacted to the new environment very intuitively and produced a solo exhibition in one month, which is not an easy task. While I was finishing the project I realized its shortcomings and decided to turn it into a longer-term project that will be continued. It also proves that parachuting into a new city and expecting to “make good art” in a short time can be a very crippling experience. 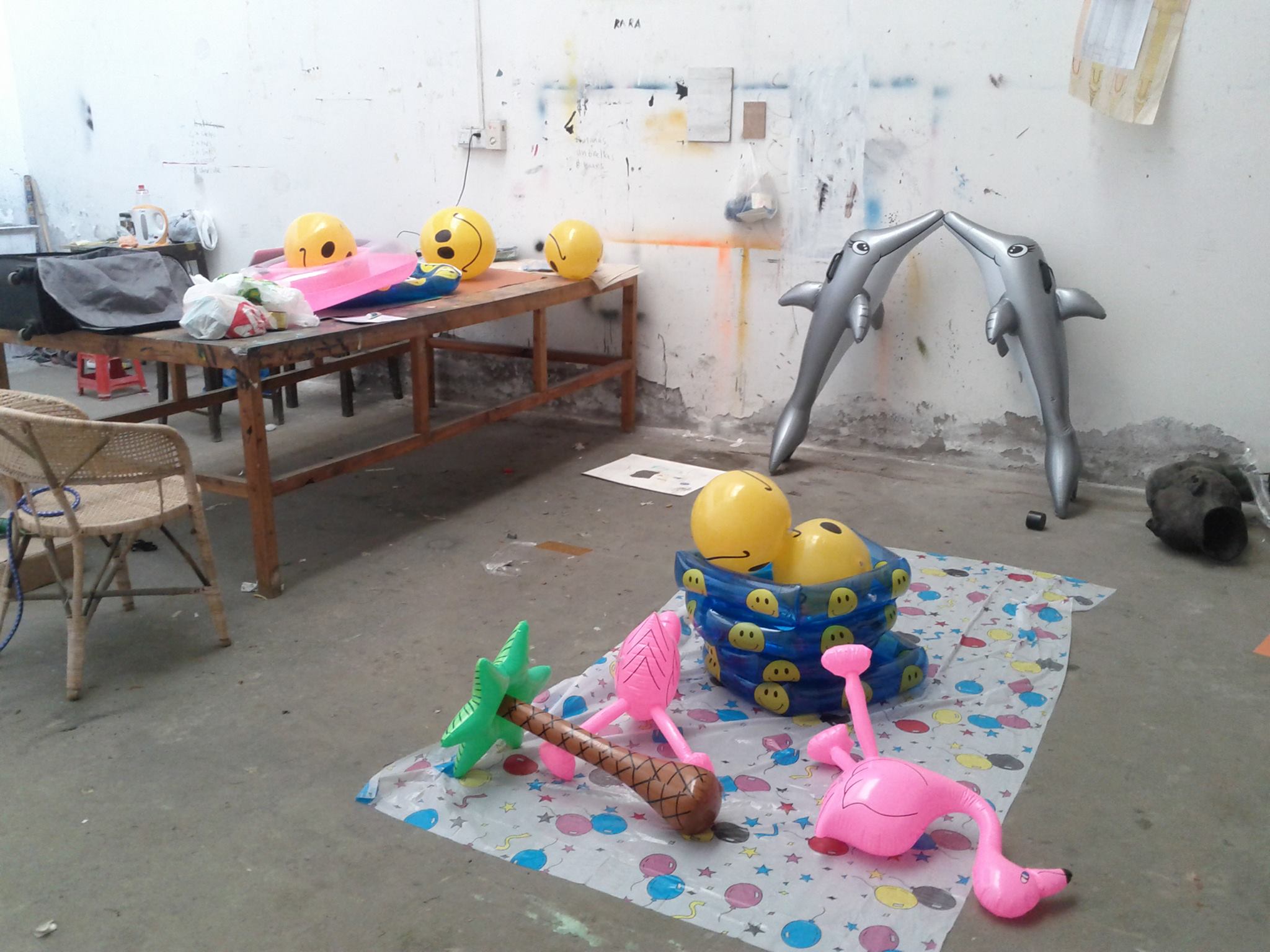 CR: Tell us a bit about the project you worked on while you were there:
TT: I created this project called Triple Threat, which is a project made up of three parts with the first part called Golden Emperor Palace completed at Organhaus. When I first arrived in Chongqing and was trying to make sense of my experience, I started researching into drug culture and the idea of a false euphoria in relation to my constantly changing understanding of China’s growth.

For the first part I created series of sculptures and photographs that uses the happy face, known for ecstasy amongst many other things, as a symbol to represent issues in contemporary China such as rapid development and material culture. I named the project Golden Emperor Palace because it is the
name of a nightclub my dad owned in Guangzhou in the 90s. It was shut down after 5 years due to its popularity with drug dealers. This leads to the second part of the Triple Threat. I am planning to go back to Guangzhou late next year to work on a film that attempts to trace back the existence and history of Golden Emperor Palace as I investigate themes of desire and corruption. 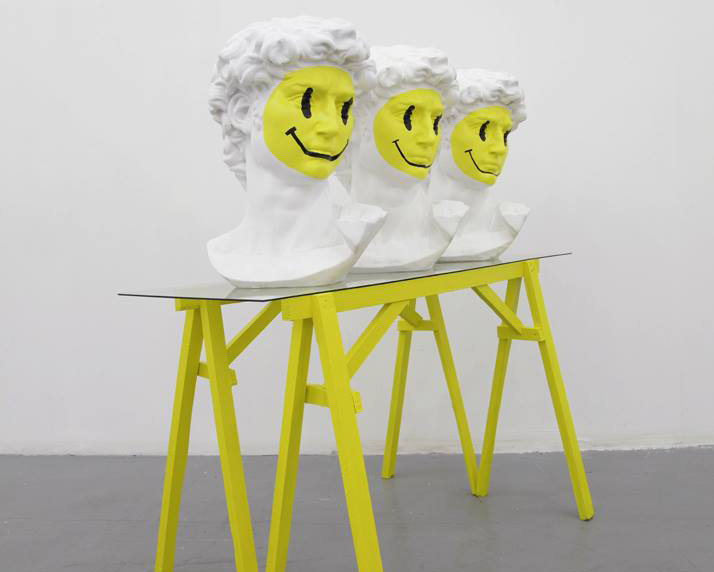 CR: Did you have a show?
TT: Yes, I had a solo exhibition at the end of my residency. The opportunity to have a show was a major deciding factor to go to Chongqing. I know that many other residencies in China don’t offer an exhibition as part of the agreement. I gained a lot from conceptualizing, producing and installing my own show.

CR: How involved are the organizers with the resident's daily life?
TT: Organhaus has staff and interns that are there whenever you require their advice and help. They helped me orientate myself in the city and I was often invited to their dinners. I became really good friends with many of them and I even travelled to Chengdu with some of the interns.

CR: Were other artists around while you were there?
TT: Organhaus organized a weeklong residency for Chinese artists from Wuhan while I was on my residency so I was invited to take part in their activities. I gave an artist talk that was opened to the public and took part in their group discussions. Ni Kun, the curator of Organhaus also took me on a trip to a town outside of Chengdu called Bailuzhen to visit another artist residency. I made a lot of professional contacts on my trip which is one of the most rewarding outcomes of the residency.

CR: Had you been to China before? If yes, to what parts of China and for how long?
TT: I have travelled China extensively before so I am really familiar with the country. I have been to most provinces now except for Xinjiang, Fujian and some provinces in central northern China.

CR: What is Chongqing like as a city? Did Chongqing fit your expectations? Or did the city surprise you?
TT: Chongqing is unbearably hot in the summer and I was told that it also gets really cold in the winter. My friend actually had heat exhaustion at night when the sun was down! That kind of thing can only happen in Chongqing. You can get around in the city quite easily with public transport and cab rides are not expensive.

The only thing that really surprised me about Chongqing is its terrain. It is a mountainous city and so the way buildings and roads are built are really similar to Hong Kong.

CR: Did you speak any Chinese before coming? If no, did you learn any during your stay? Did you feel you encountered a significant cultural or linguistic barrier?
TT: Yes I am actually fluent in Mandarin so I didn’t have any issues communicating with the gallery staff. The only minor problem is that most people in Chongqing speak a Chongqing version of Sichuanese and the older generation don’t speak Mandarin so I had to get help from a translator when I was getting some sculptures fabricated.

CR: Are you interested in going back and spending more time in China?
TT: I am hoping to go back to China in 2015 to work on the second part of Triple Threat, so stay tuned! You can follow me on my website and twitter @tommy_ting 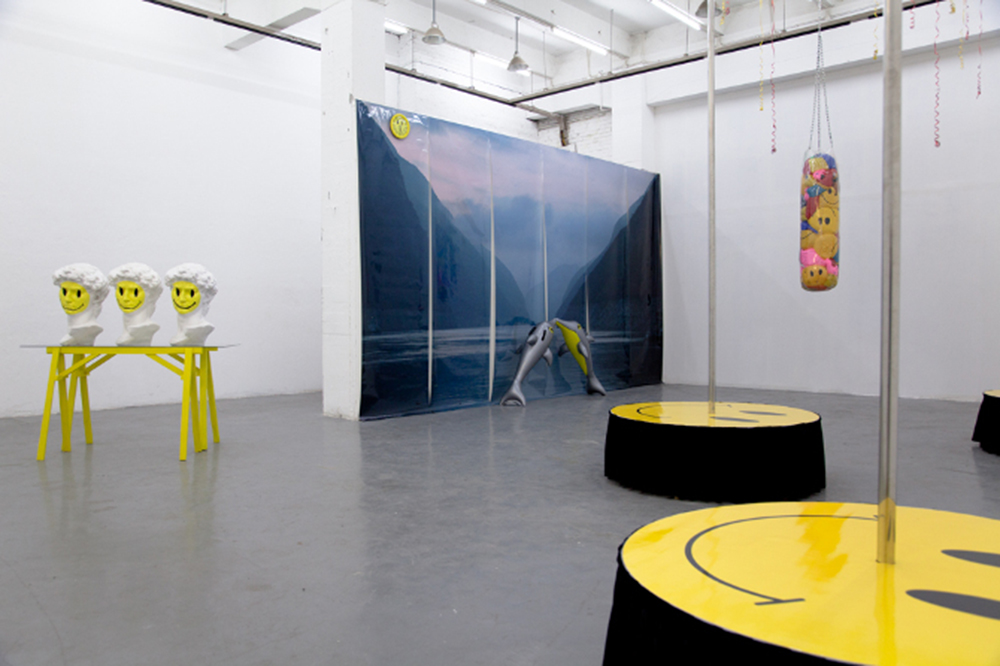