We are thrilled to support artist Frog Wing, from Lijiang Studio, as the 6th #slowtrain artist-in-residence as she makes her way from Beijing to Lijiang, stopping at Erenhot/Erlian, Hohhot, Baotou/Ordos, Chengdu and Kunming/Tonghai along the way. 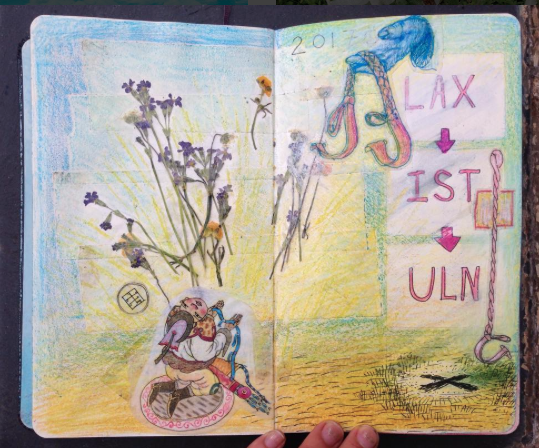 Photo of Frog’s travel journal while she was searching for Toroi Bandi, a historical figure from 19th century Sukhbaatar Province

Frog is a “multidisciplinary visual artist and performer with a nomadic, free-form practice” who works seasonally at Lijiang Studios where she manages and facilitates independent art projects and their engagement with the local community. She studies the local Dongba belief system and her practice brings together her interest in art, shamanism, social relationships and ethnic/ancestral lineage in the context of Mongolia: “As I move through different landscapes, i keep an eye and ear out for storytelling, puppetry/ theater, and evidence of holographic archetypes - which i interpret as the personified spirits of localized societies. I always keep a sketchbook/ visual journal as I travel, which helps me to better “see” embodied experience” 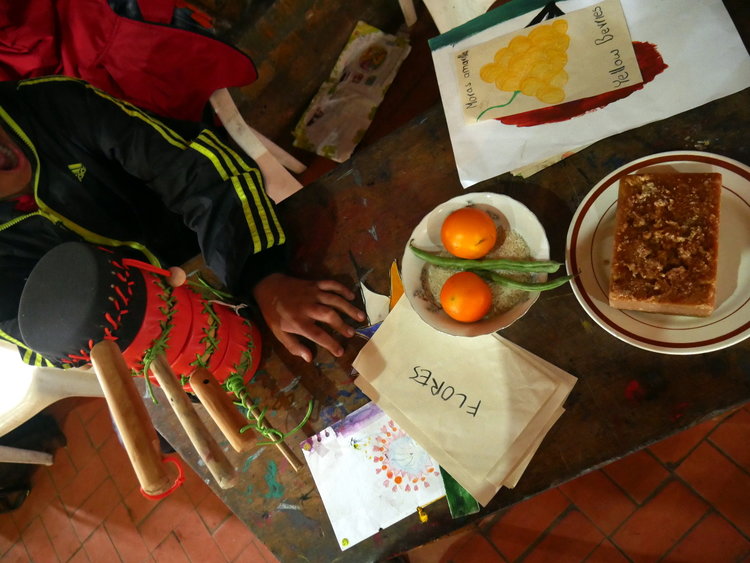 For her #slowtrain residency, Frog will travel along “the edge of the Mongolian border towards Yunnan Province,” following the path of conquest that Kublai Khan and his armies took throughout Southwest China in the 1200s: “I plan to post a mix of documentary photo, video, and drawings, re-contextualizing the modern scenery with the learned history of the Yuan (Mongol) and Qing (Manchu) Dynasties - two historical periods where the Chinese empire was ruled by foreign people who are currently considered ethnic minorities, ethnicities which happen to claim roots in my own ancestral lineage as well.” 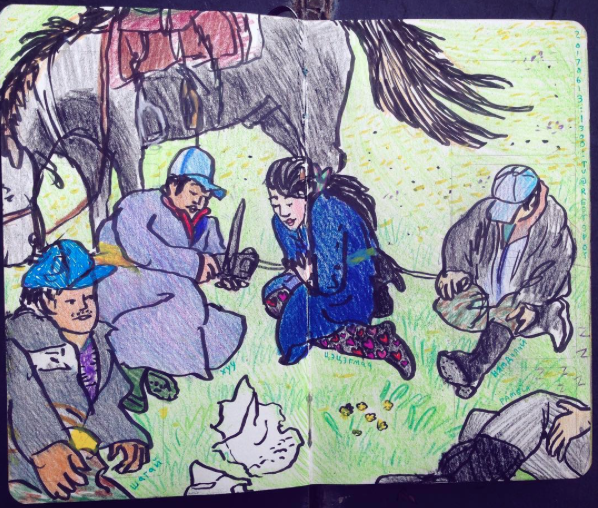 Drawing from one of Frog’s travel journals as she was searching for a rogue bandit who targeted government tax wagons and Manchurian imperialist rulers, Toroi Bandi

Frog considers drawing to become “a social engagement once the action pulls an audience (whether in-person, digital, and/or in retrospect),” turning a reflexive documentation process into an artistic performance.

If you can, please donate to help support Frog’s residency!