Announcing the First 店面 Residency at Wing On Wo & Co

Wing on Wo & Co.'s The W.O.W Project and China Residencies are proud to announce the artists participating in The 店面 Residency, a two-month residency in NYC's Chinatown to create storefront displays for Chinese New Year.

Our jury for this year, Mei Lum, Gary & Lorraine Lum, Evan Louis, Ming Lin, and Ryan Wong, chose one resident and four finalists that stood out from the 22 project proposals we received, who all embodied and build on the W.O.W Project's work to date. The residency will revolved around a series of community workshops - please reach out to The W.O.W Project if you'd like to get involved!

"The gifting of red envelopes (紅包, "lai see" in Cantonese, "hong bao" in Mandarin) is a tradition associated with the Lunar New Year holiday and rooted in intergenerational exchange and well-wishes toward a younger generation. Melissa is proposing a Lunar New Year window display that will be the culmination of short-form oral history narratives collected through the exchange of questions in red envelopes between younger and older generations, which will hopefully spark deeper conversations and moments of empathy that can help bridge generational divides and understanding in Chinatowns and Asian American communities through a shared Lunar New Year tradition, and will also result in the sharing of stories, experiences, and memories from the Asian Diaspora with locals and street passersby." 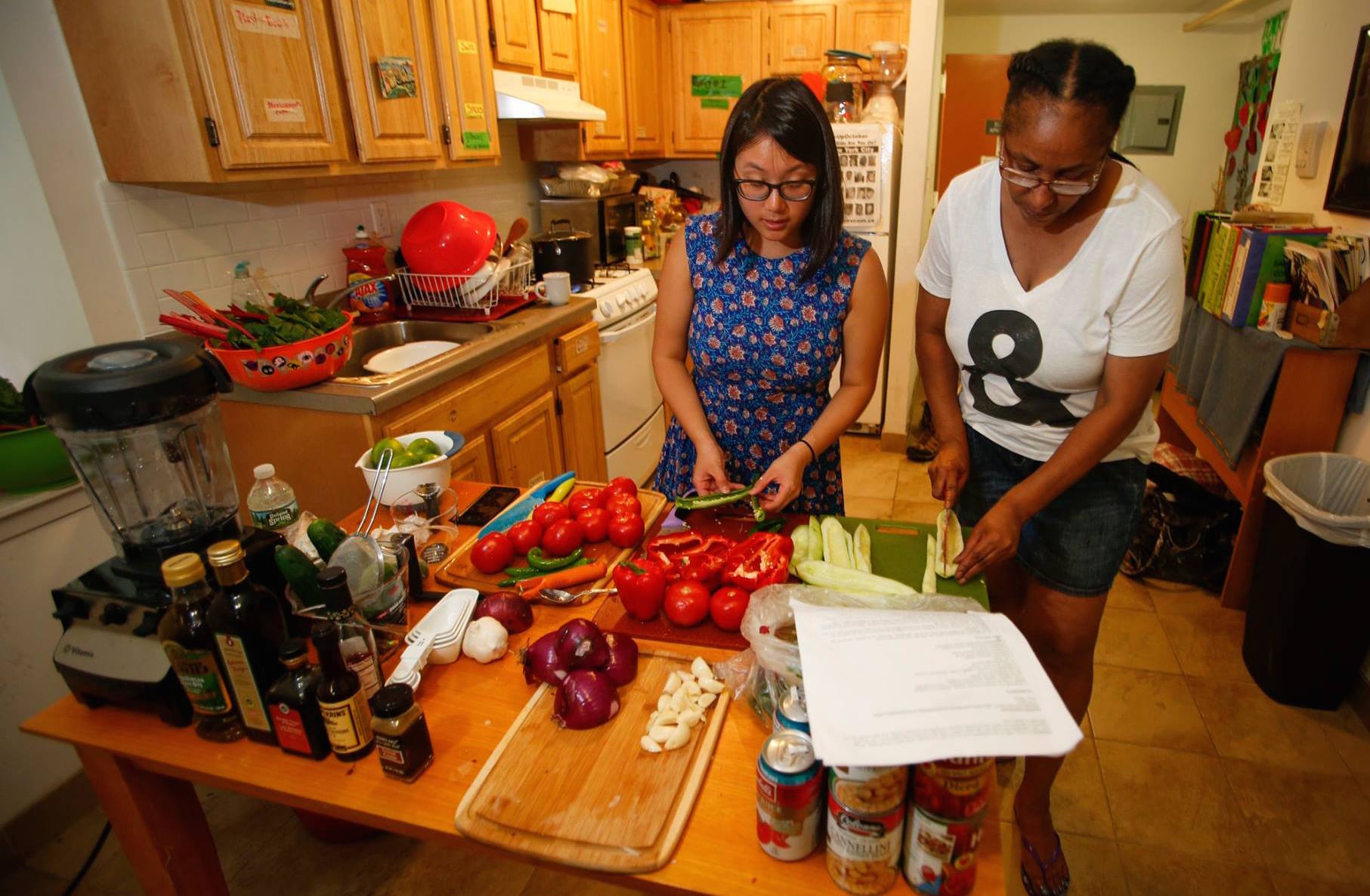 "Cooking Through the Diaspora" ongoing work around identity, self-determination, and decolonization through cooking practices and the exploration of modern-day food culture. (photograph by Ricky Flores, 2016)
店面 Finalists
Christina du Garnier Croll
"Local celebrations welcoming the zodiac Year of the Rooster will coincide with the dawn of a new presidential term in America. The site-specific display I propose announces a renewed faith in community, born in moments of transition, between ritual rites of passage and in a state of becoming.
The visual narrative --a Phoenix’s tail arising in-flight from the Statue of Liberty’s torch--pays homage to our neighborhood’s identity as it has, and will, prevail in the wake of racism, xenophobia, and uncertainty.The Chinese zodiac myth tells of cooperation between animals with competing skills and interests. This project aims to make a non-partisan gesture towards overcoming difference and finding commonality toward shared goals." 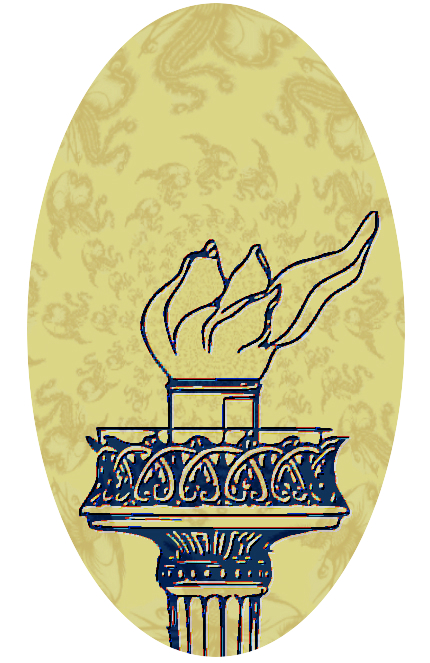 Amanda Hu
"I would like to create a series of different colored translucent fabric printed scroll forms that incorporate text and imagery relating to Lunar New Year.  I'm proposing scroll forms because I have a strong connection to textiles, weaving, and printmaking and I can tie these interests together into the Wing on Wo installation. I would like to incorporate visual motifs found on pieces sold at Wing on Wo, as well as imagery drawn from joss paper and hong bao.  The scroll forms will be a celebration of Chinese culture mixed with a contemporary aesthetic." 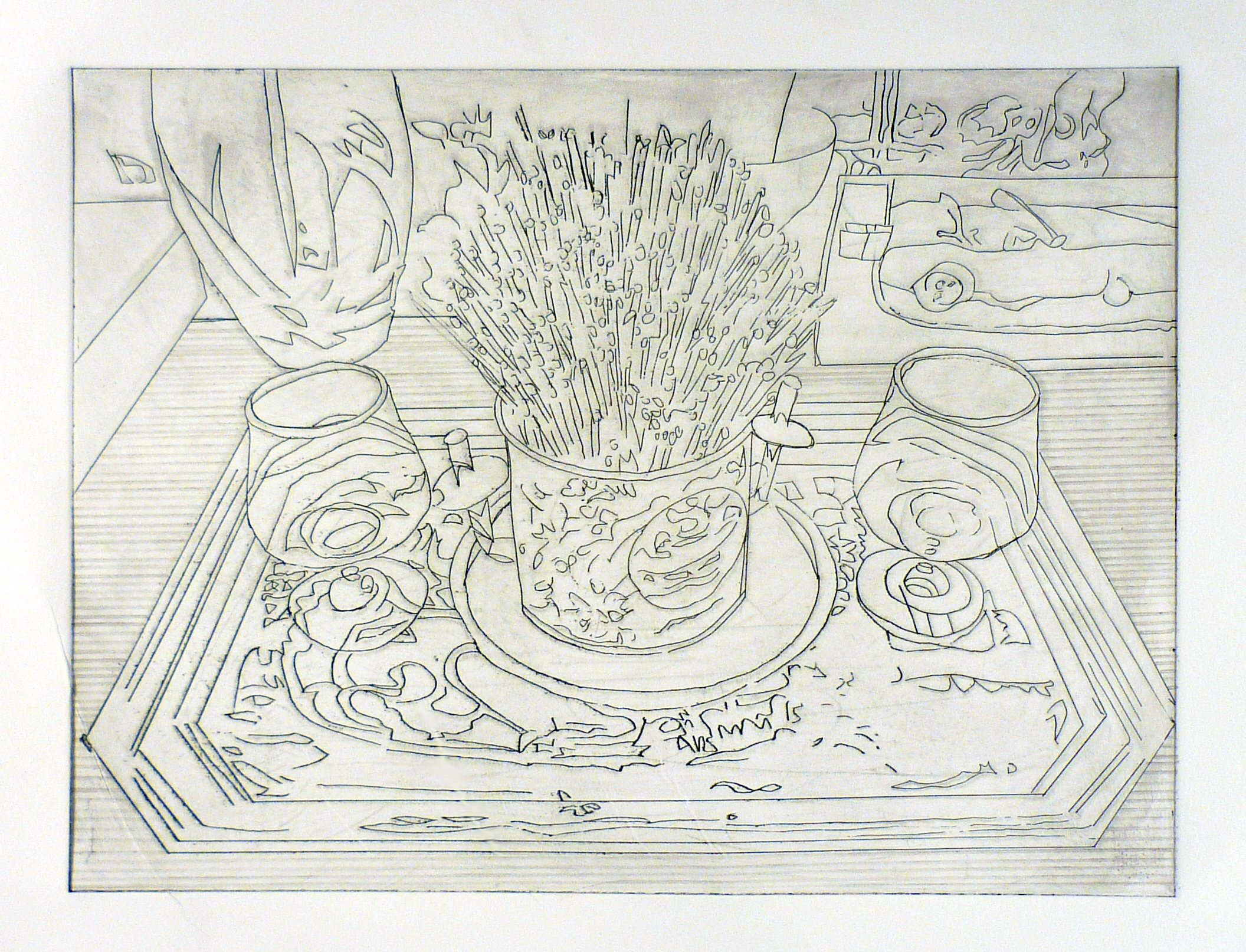 Shrine, Etching on handmade bamboo cotton paper, 2013
Lulu Men
"I would like to create a multimedia installation using video art and silkscreen. Projecting lively color visuals on hanging silkscreens in the window display space, creating a small celebration of Lunar New Year in Chinatown inside of the space." 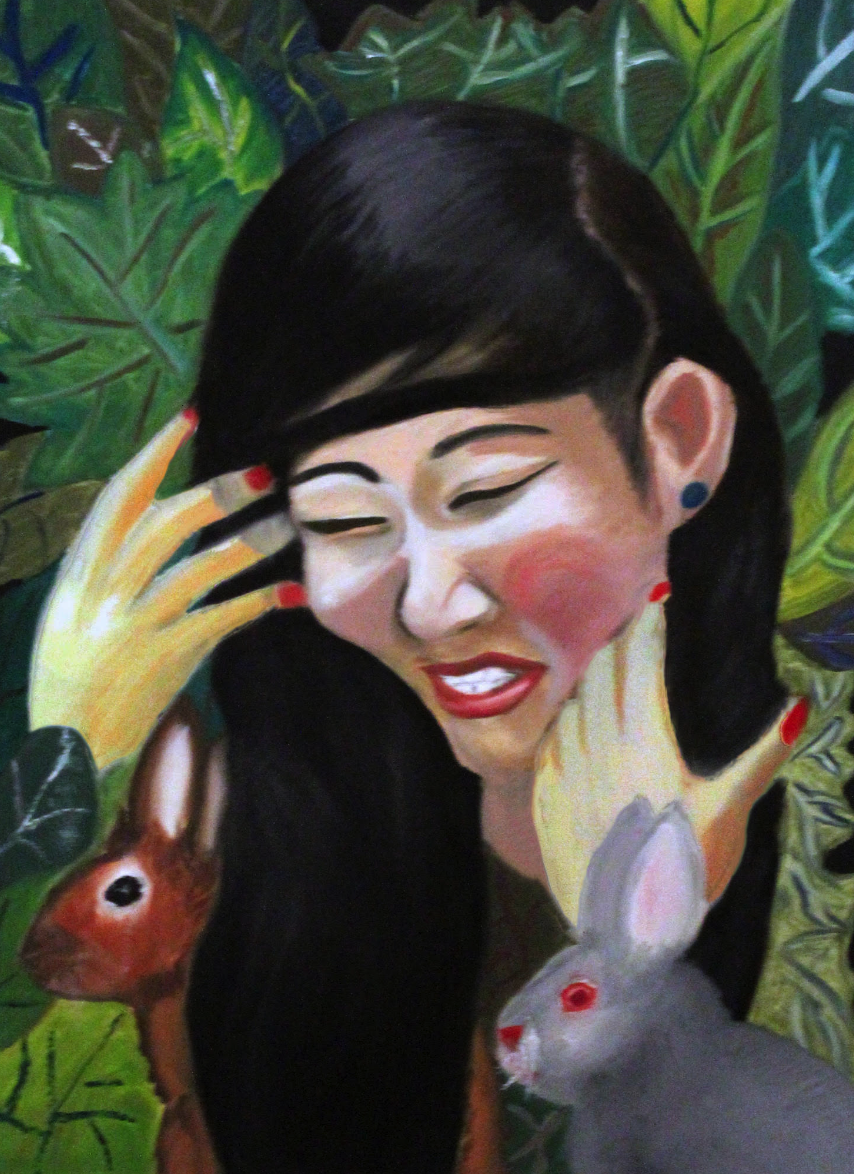 "self portrait" oil on canvas
Betty Roytburd
"As we enter a new year, marked in the Chinese zodiac by the sign of the Rooster, we in the United States are faced with uncertainty and instability. While the absurd yet threatening behavior of the president elect exemplifies the Rooster's negative personality traits, we must in turn stand together against bigotry and take pride in our fortitude. In relation to this, I propose to make a kinetic effigy of a bolstering, attention-seeking Rooster. The results of the presidential election have been regarded as a threat to diversity and tolerance which truly make our country great and a wake up call to the divide within our country. The Rooster, made from various refuse and sensory objects gathered from the Chinatown area, would call to the neighborhood's passersby, announcing the arrival of the new year." 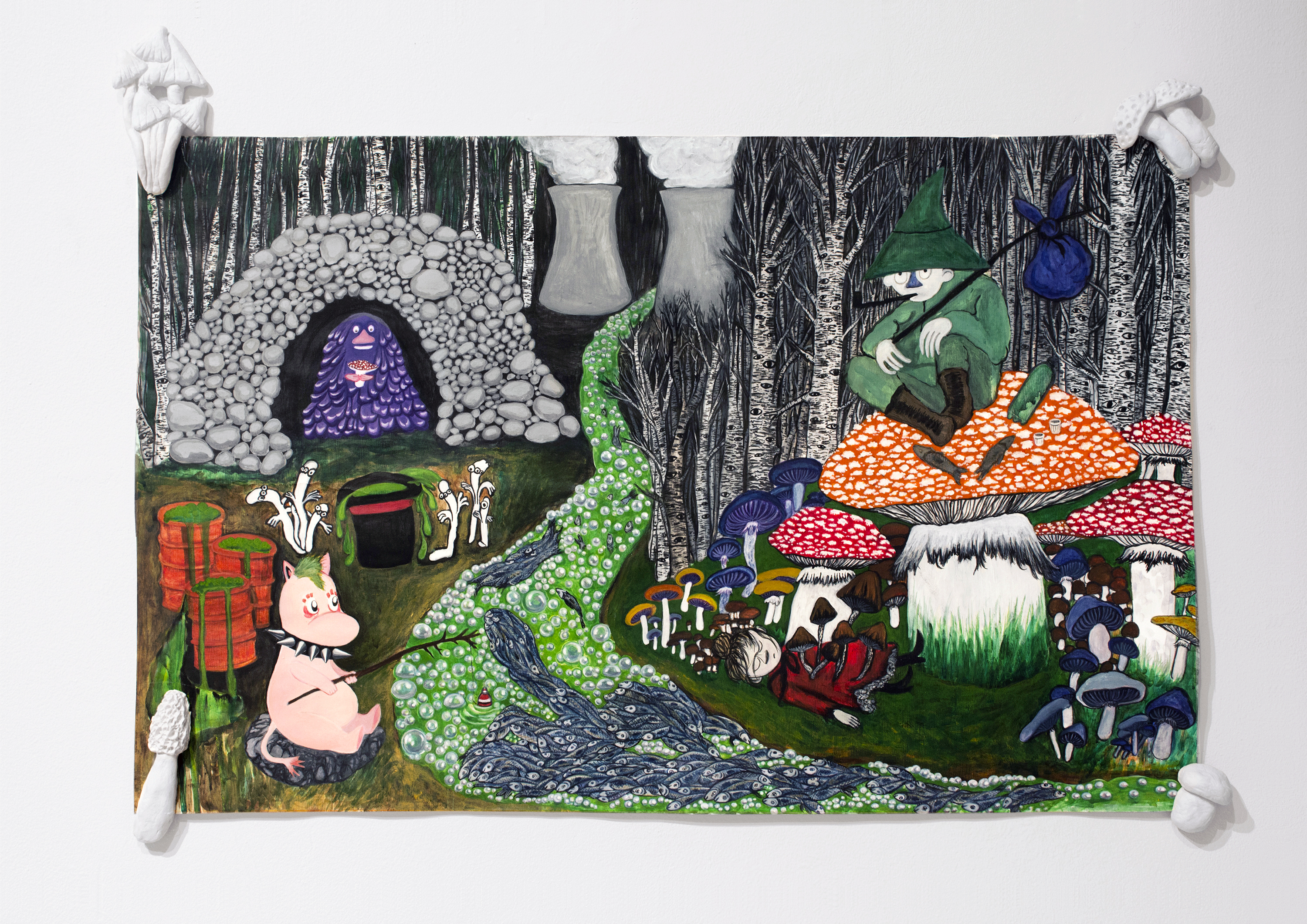