This year, we're honored to have received nearly 400 project proposals from individuals and collectives with research-based practiced for the 3rd edition of the Crystal Ruth Bell Residency at Red Gate this winter.

"Cartas Mojadas / Wet Letters / 濕字母 is an interactive installation performance project that will question the idea of the inter oceanic canal in Nicaragua as the only economic way of a promising future." 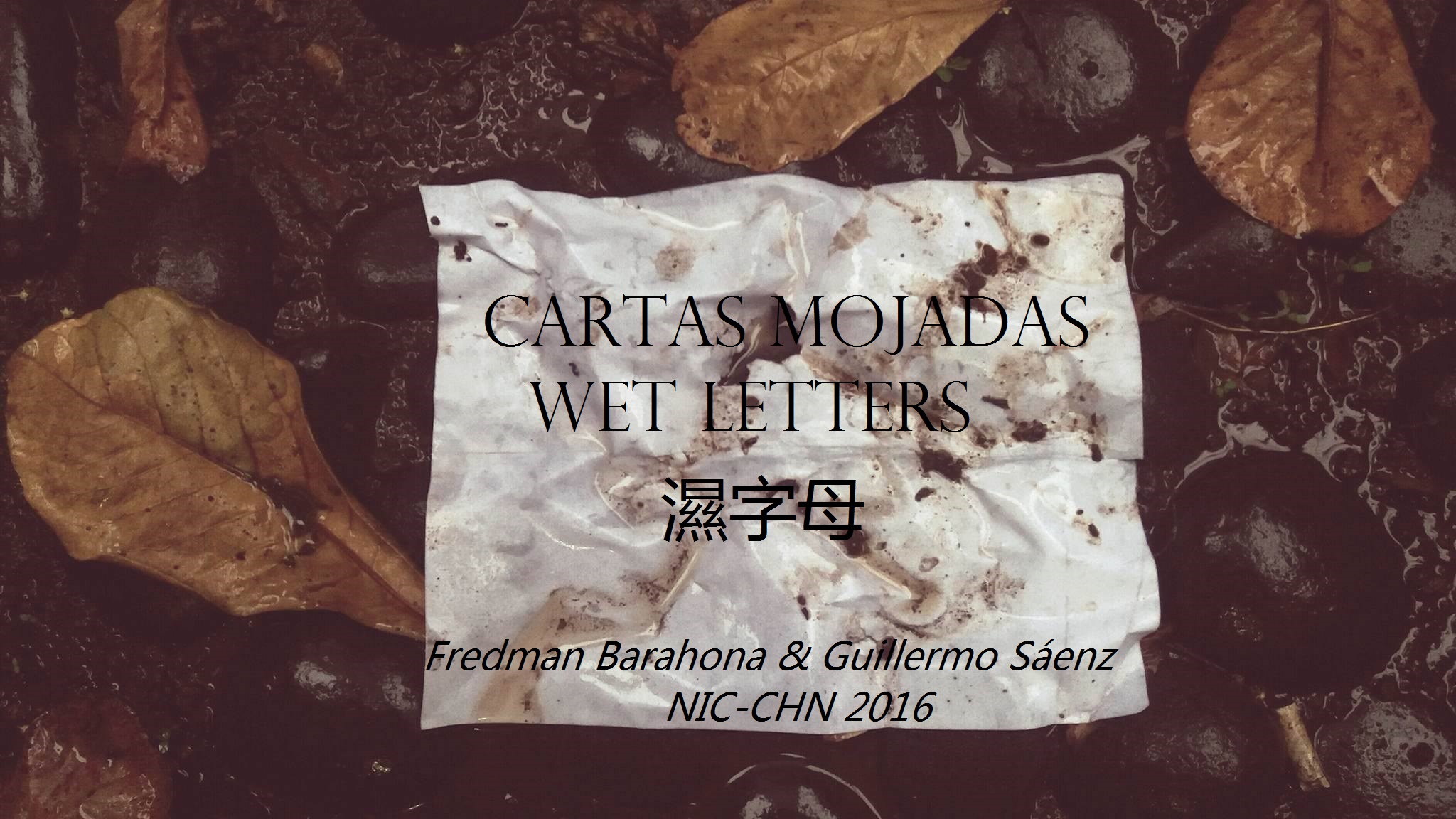 "Research how the circulation of hybrid-Chinese biomedical innovations, like the Nobel Prize winning discovery of artemisinin to treat malaria, provokes new social relationships and imaginaries within the larger context of Chinese-development initiatives in Africa." 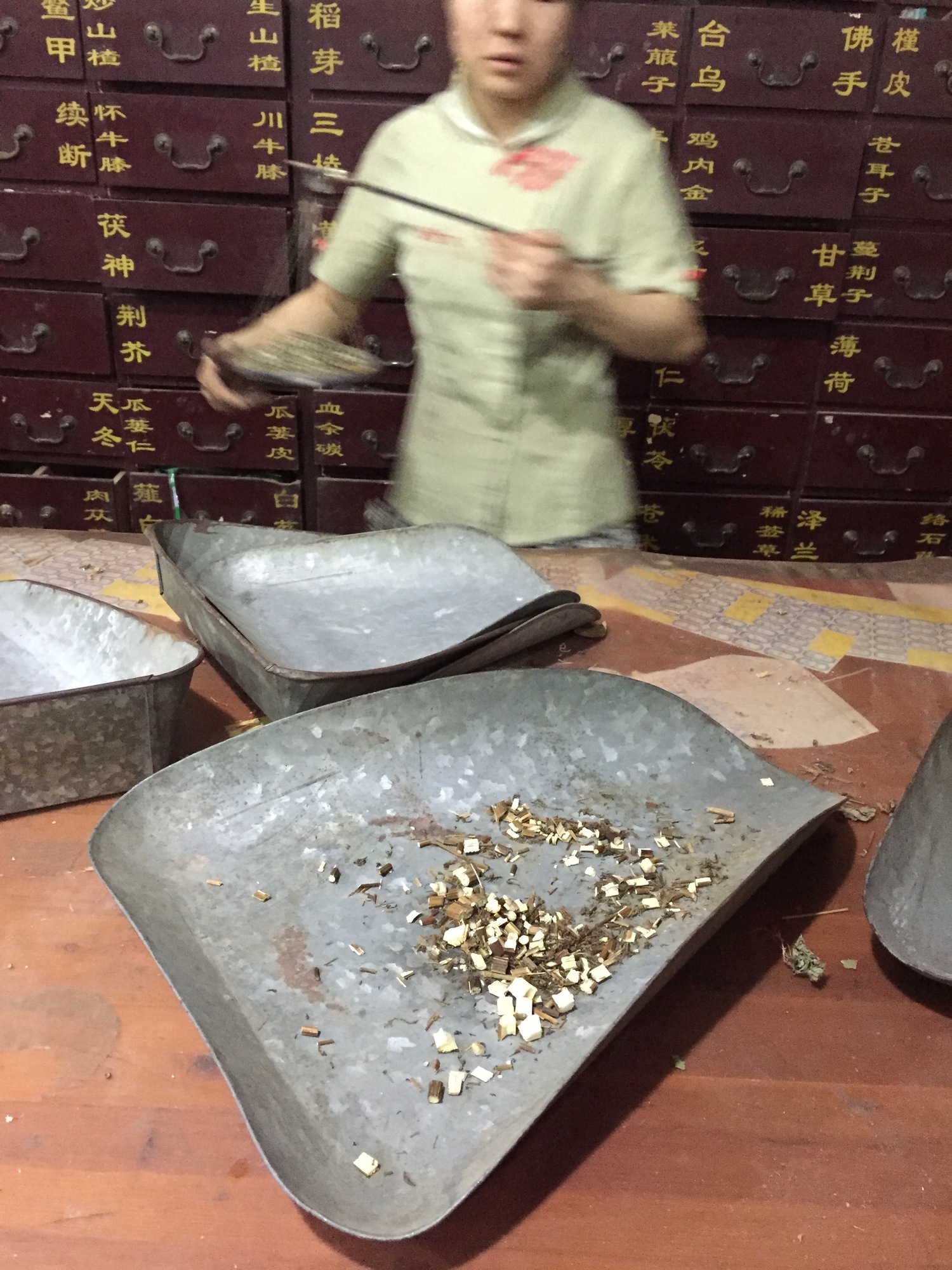 "The Global Life of Artemisinin"

"In the 1980s, mainland China was home to the largest comics industry that has ever existed. I will build a bilingual online database of select lianhuanhua and reach out to collectors, artists, and writers to produce oral histories of China’s pulp-comic heyday." 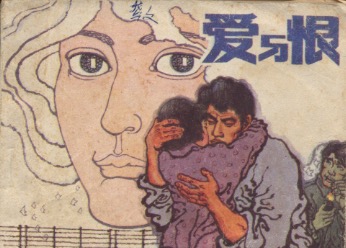 "There is a city in Southern California’s San Gabriel Valley that is teeming with pregnant women from China. "How to Have an American Baby" is a kaleidoscopic journey behind closed doors into the shadow economy catering to affluent Chinese tourists who travel to the U.S. to give birth—in order to obtain U.S. citizenship for their babies."

"BUFU is a decentralized multimedia documentary project created by a group of Black and Asian women and gender non-conforming artists and organizers. We began shooting our documentary in Seoul, Tokyo, and Osaka this year in January and in 20 days we were able to collect 50 interviews in over 5 languages. We interviewed artists, designers, entrepreneurs, organizers, immigrants, refugees, and couples who are Asian, Black, or mixed race (Black and/or Asian) who are embedded within this discourse." 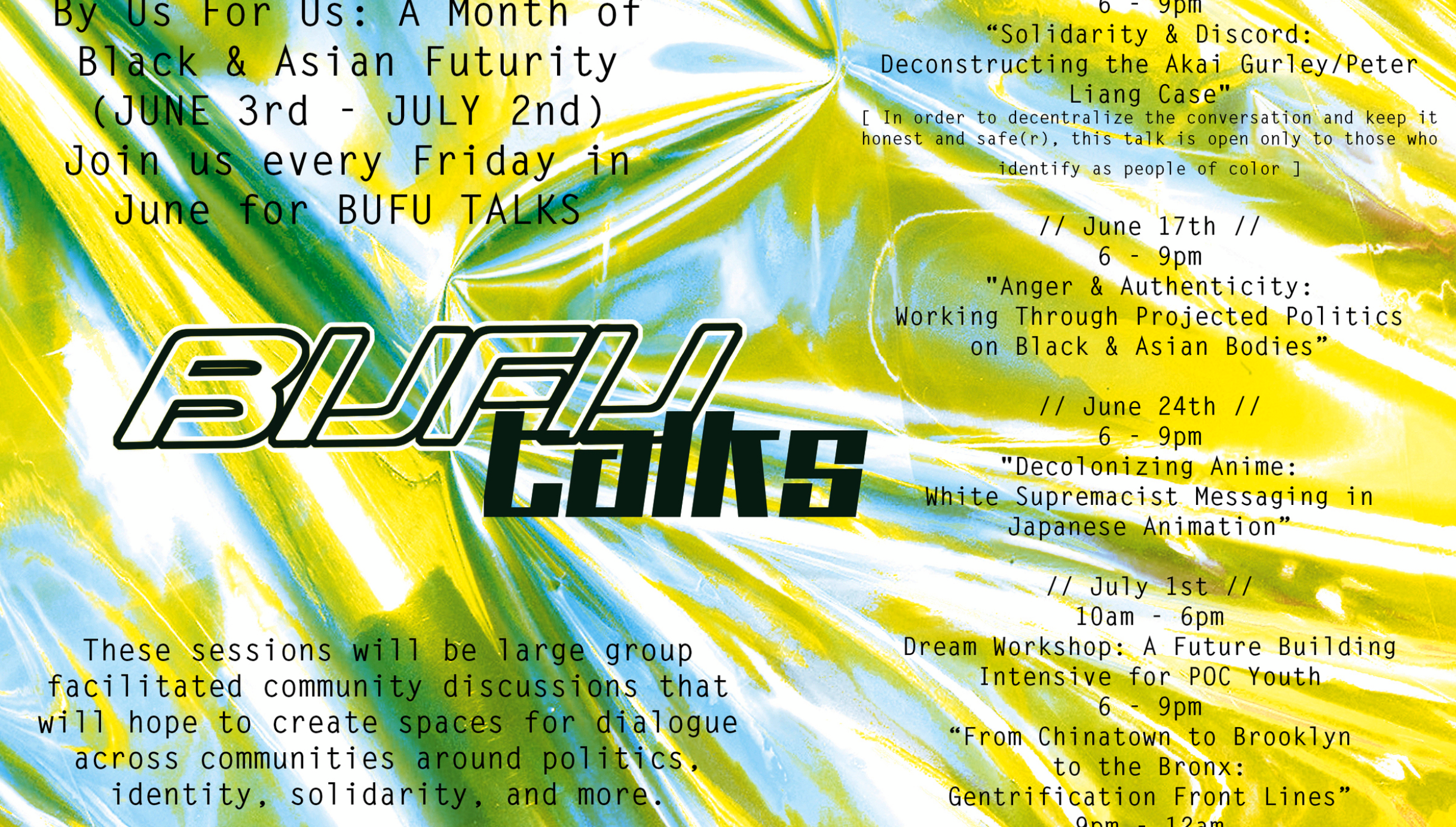 "The project will use correspondences that the filmmaker received from friends, over the years, living in the city to create a new map of the city that puts an emphasis on the awareness of the essence of everyday places.  From his encounters with these locations, seldom visited unless by accident, the artist intents to produce a multichannel documentary film installation, which will reflect the transformation of the inhabitants and the spaces.  The projections will pare down images into an abstract series of kinetic movements and block-like forms, isolated from a broader narrative." 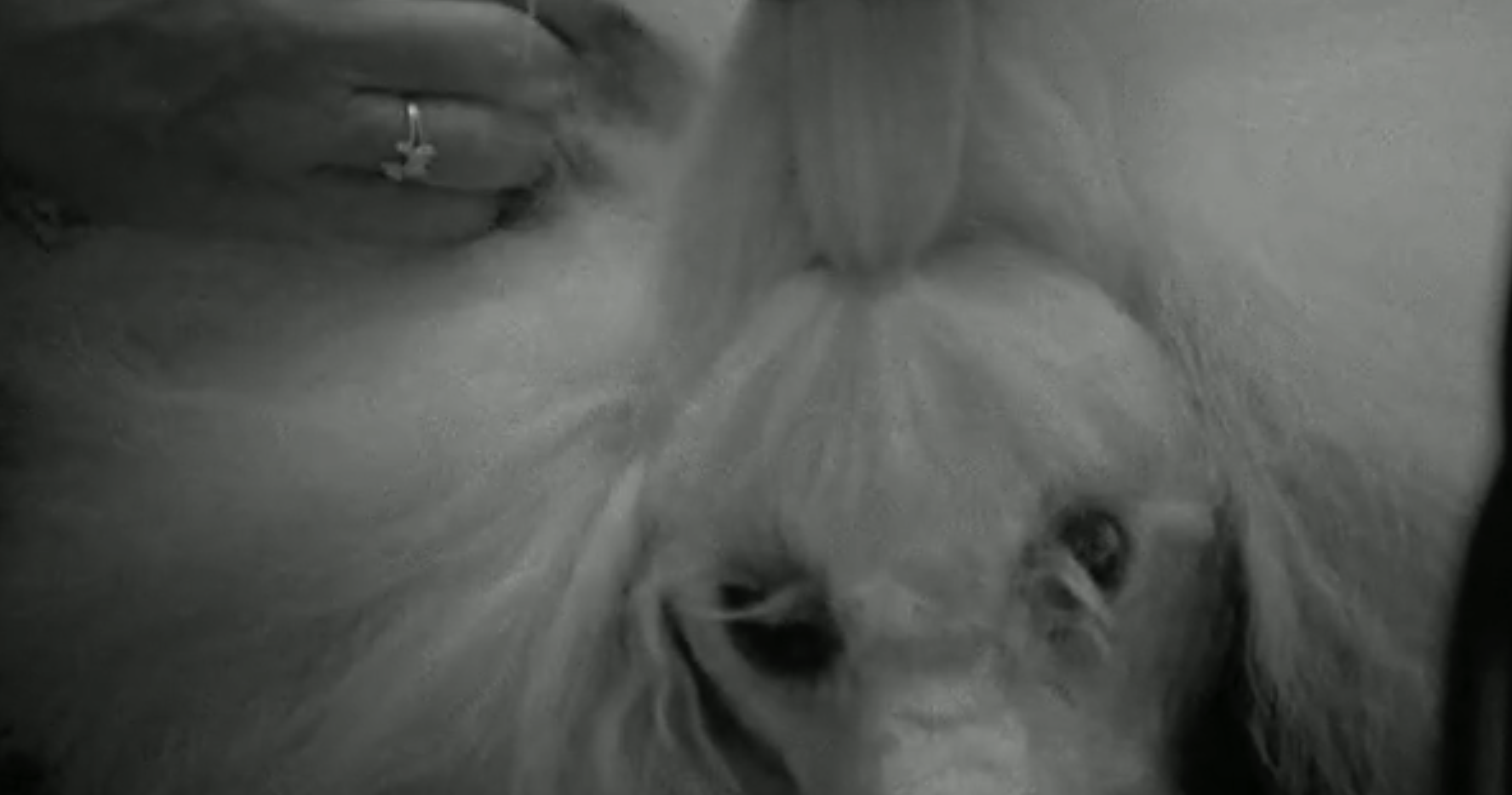 "The food for countries as Italy and China could be defined as the soul's (and culture's) mirror. Hundreds, if not thousands, of different culinary expressions are the metaphor of an amazing creativity and variety, unique in the world. [...] Giacomo will search for spaces, mobile structures, street food vendors, space disposition in the traditional and modern house, the origin of the different dishes connected to the territories; Silvia, the arts and crafts, the clothing, the utensils, the colors, the superstitions, rituals, the relation between traditional and modern tools used in the food culture." 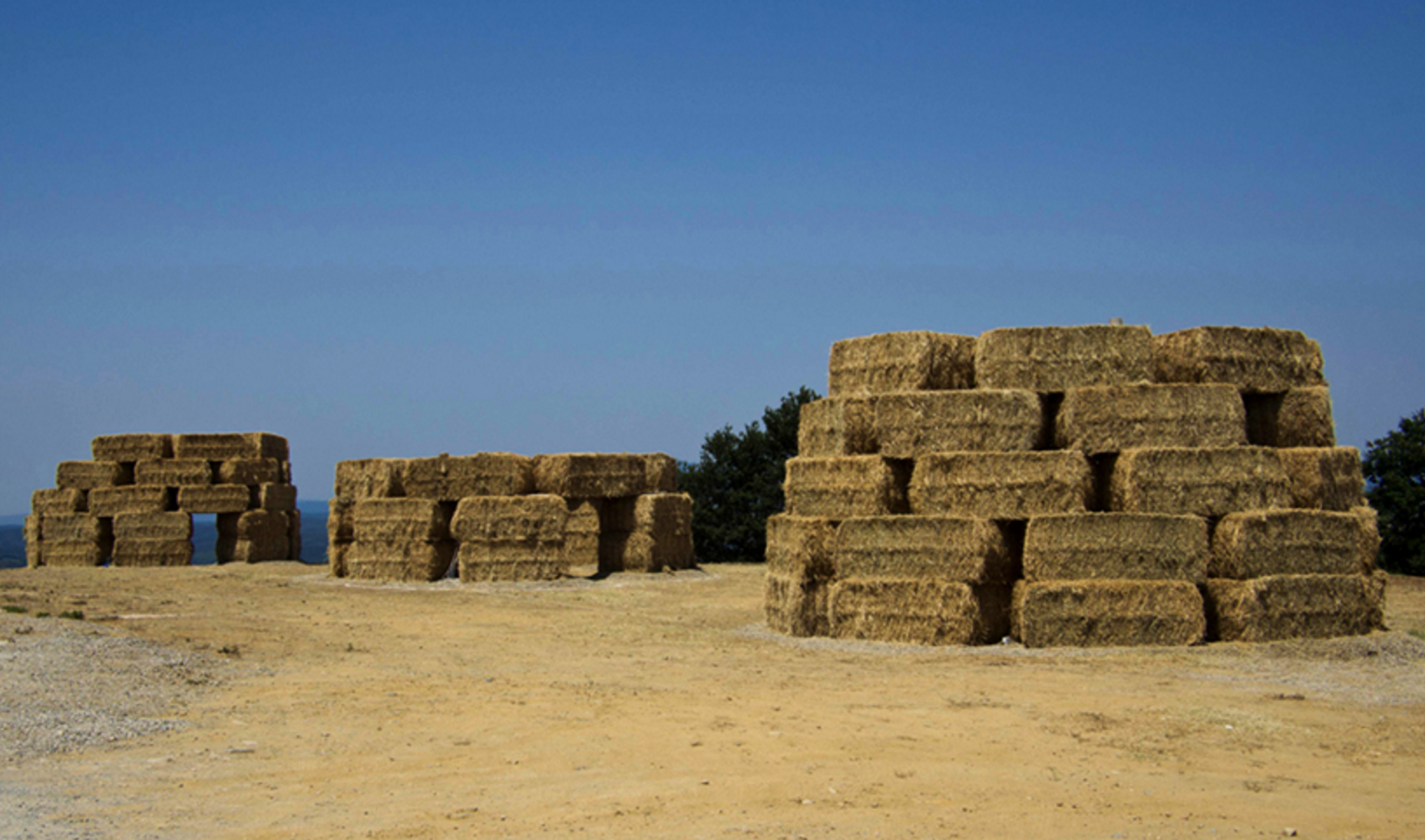 "Since 2008, Beijing has promoted a program to provide Beijing Opera training at a selection of primary schools. Earlier this year these efforts where stepped up. At the same time, experimental music and sound art have gained a firm foothold in Beijing, e.g experimental sound organisation Sub Jam. For the Crystal Ruth Bell Residency I would like to propose working on a site-specific performance art project which combines traditional elements of Bejing Opera - that is music, voice and movement - with current electronic sound practices."

"I wish to explore water in Beijing, particularly the polluted river systems and urban flooding. I will investigate human impact on water systems and create a map that illustrates this relationship—where does water go, what happens to it in cities, how does mismanagement of it harms people in the long term? I will visit these water sources, take samples of them, and analyze their waste composition. [...] Then, I hope to separate the waste from the water and turn the former into functional products like soap, similar to a current project I have called The Sewer Soaperie, where I harvest sewer grease and turn it into soap, to let audiences reflect on throwing waste oil into the sewer and river. There could be other products, depending on the waste content of the water. I also wish to culture bacteria from these water sources (and later identify them) to shed light on their health hazards." 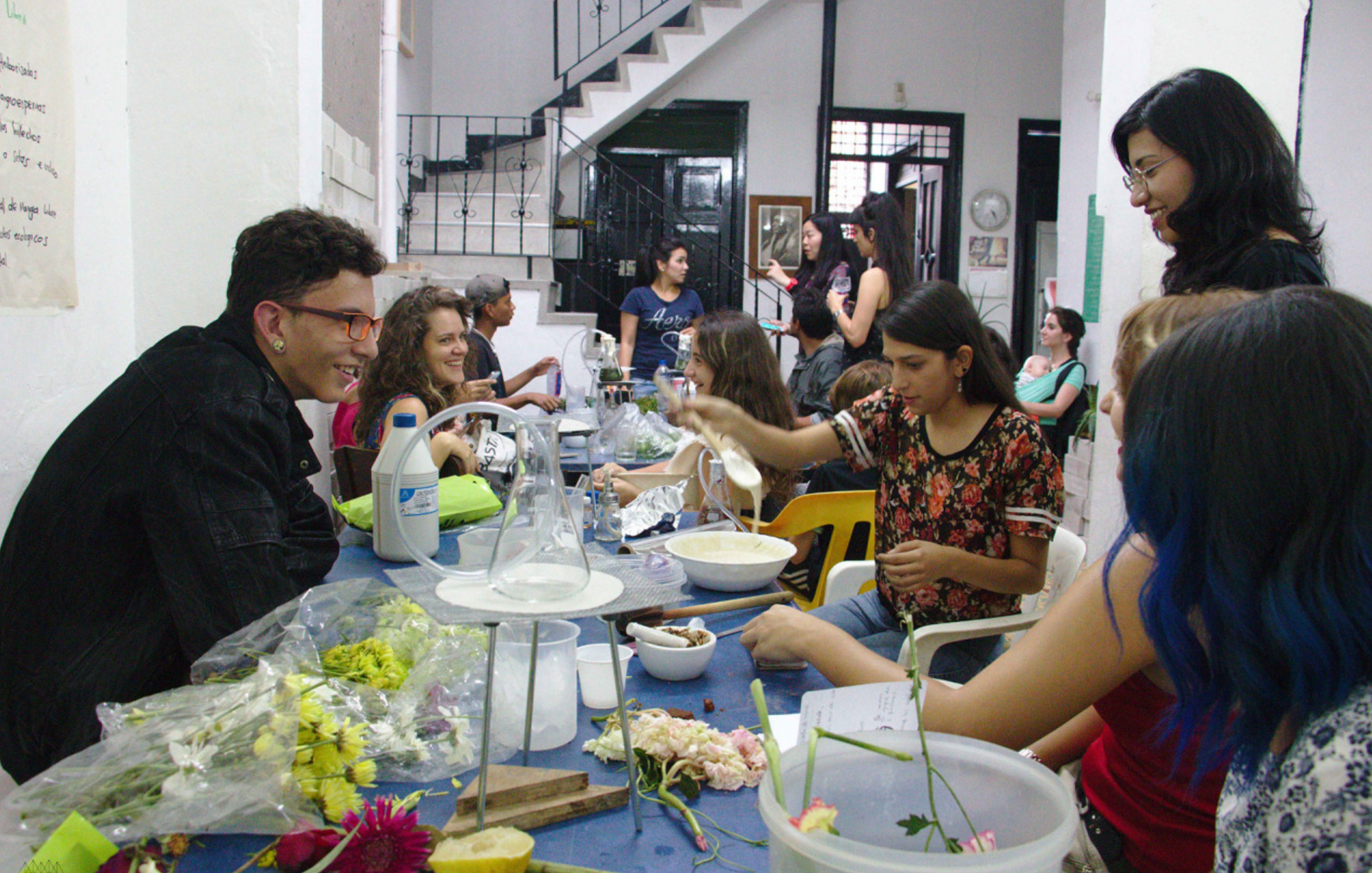 "The proposal also considers the development of a series of workshops where the production of works of art for nonhuman beings will be used as conceptual engine to encourage the speculation, critical reflection and, hopefully, an improvement to the participants’ relationship with their environment. The proposition focuses on the learning process required to understand what might be the needs of a nonhuman audience. The exploration of a playful but critical activity (e.g. considering what might be a work of art for a fish?) rather than focusing on the production of an end product/object should allow for improvements in the participants relationship with their environment while promoting the inclusion of perspectives that otherwise would be excluded from social and cultural debates." 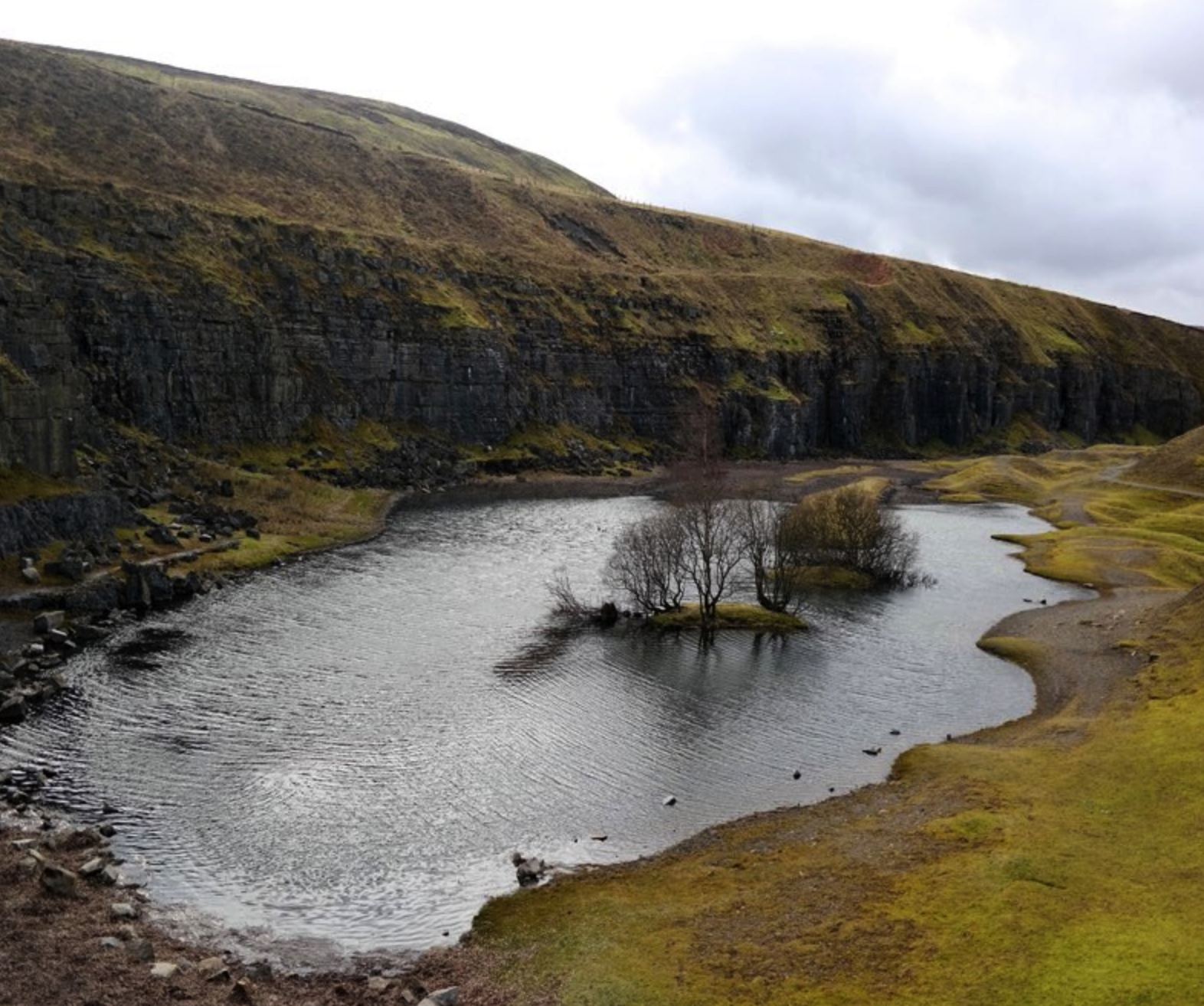 "I am on a life-long quest for women’s words: The good, the horrible, the beautiful, the simple and straight-forward, the intricate and complex. In the northern mountain province of Kalinga in the Cordilleras, spinsters are called 'baak,' or old stale rice. In a tribe that weaves songs and counts time by the rice-planting seasons, ‘baak’ is the ultimate insult. We also have the word 'babaylan' from the Visayas regions. A shaman, healer, philosopher, spiritual and political leader, she was demonized when Spanish colonizers landed on our shores. From Vigan, Ilocos, hails a word that makes me smile and swoon- ‘linglingay,’ a very specific grandmother’s endearment towards her grandchild. It means "my solace, my comfort, my shelter." In contemporary China, we have ‘sheng nu’ or leftover women. In ancient China, there is the concept of lotus feet but there is also the crafted defiance in ‘nushu,’ the secret women’s writing, and ‘laotong,’  a lifelong contract of friendship between two girls that is said to be deeper than marriage, because it is chosen, not arranged. I dream of bridging cultures through visuals and words. This is how I hold the hands of my sisters across the globe, reaching back through time."Women’s Visual 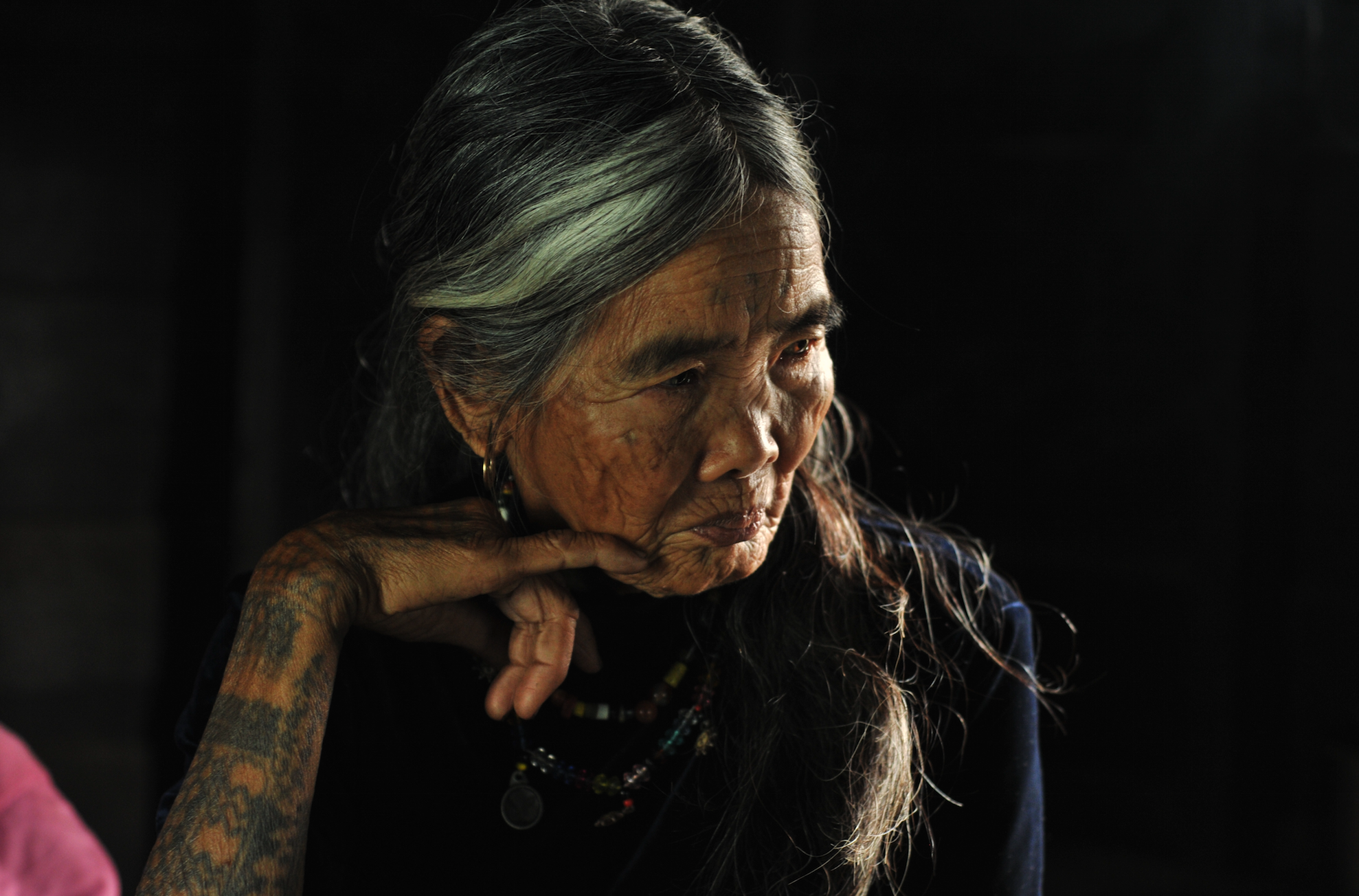 "In Mainland China, television dramas with the theme of Chinese fighting against Japanese in World War Two (‘抗日劇’, literally ‘war-against-Japanese’ drama) have flourished in recent years and become a peculiar genre in itself. While these dramas guarantee certain ratings, the distortion of history and the absurdity of plot in some of them are generally criticised as shallow and gimmicky entertainment. Nevertheless, this genre has become a media and social phenomenon. [...] How is this loaded history of China represented (often manipulated) by popular media? What are the images of the Chinese society – the armies, the peasants, the communists, the nationalists, and the general public? What about the Japanese?" 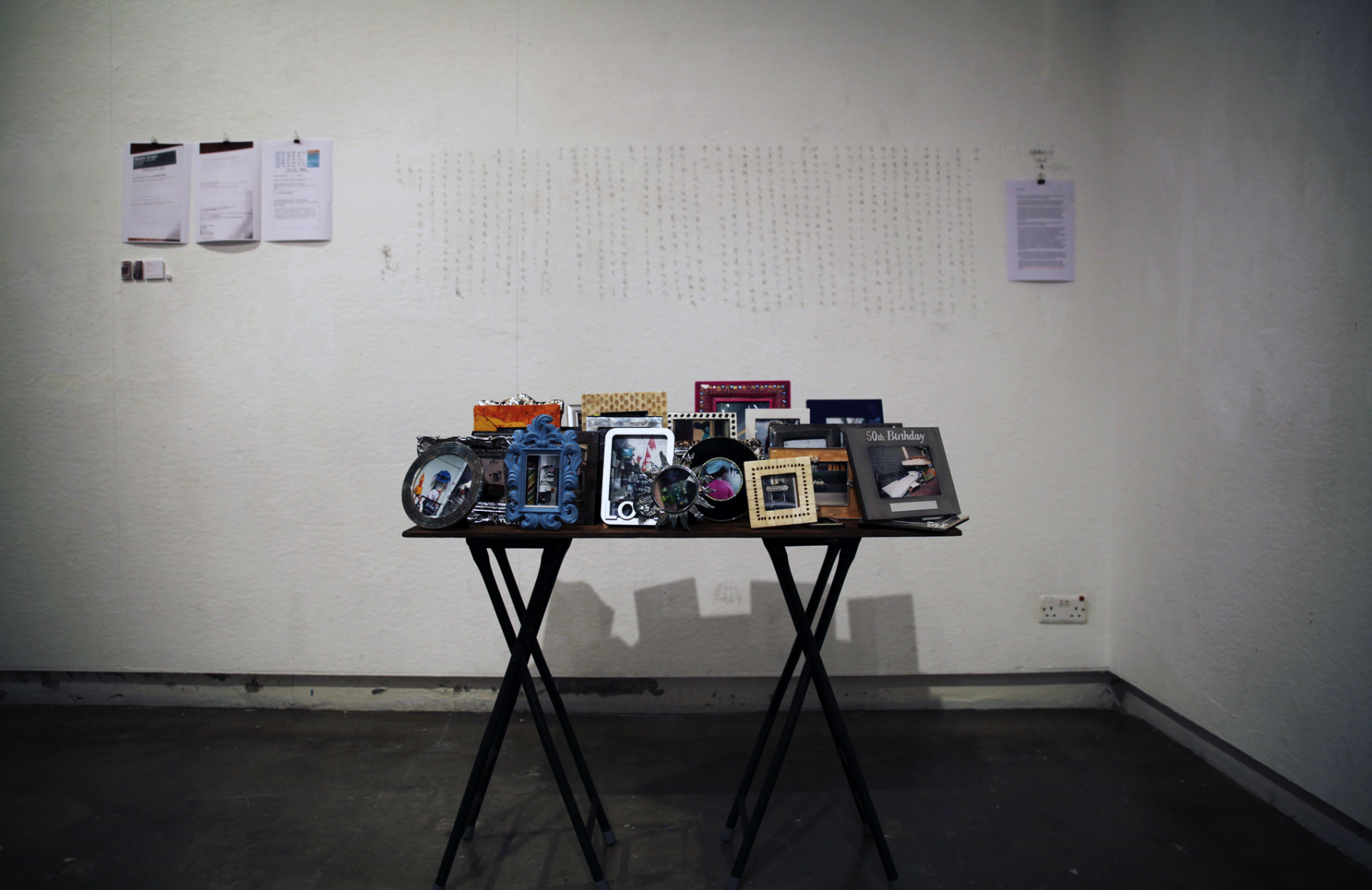 "I have been in contact with a mathematician in Beijing who has been kind enough to offer to work on a project collaboratively. Together we would create a mathematical formula which would calculate every individuals distance to the (perceived) brightest point in the night sky. The project is meant to be a reflection on the need for and current lack of empathy in our current violence riddled globalized world.

I would like to then inscribe this formula on small hand held silver flashlights which would be given to the public for free during the residency [...] I believe this project is an example of ethical imagining, radical gift giving and ornamental activism. And I hope, even though it is through the smallest of gestures, for this project to be a small example of global activism as we all attempt to find the light in a age and world of darkness." 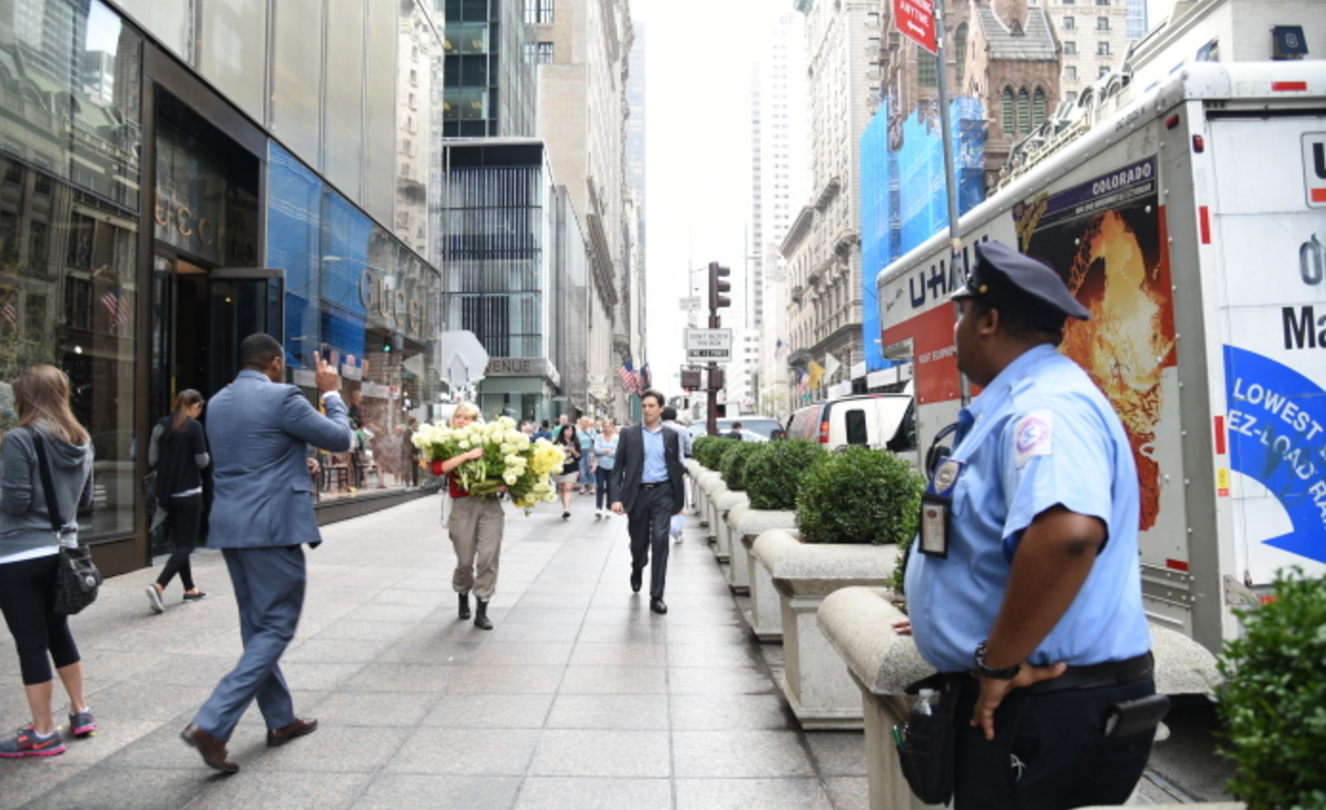 "We intend to carry out a documental-affective mapping of the various waterways - streams, rivers, canals and lakes - that cut the city of Beijing. This mapping would be structured by photographic records and video, as well as reports collected in informal meetings and encounters with the local population over the many rivers and canals of the city in search of stories, memories, considerations and ideas. We intend to produce a publication with the many photographic registers made and the collected stories, narratives and accounts." 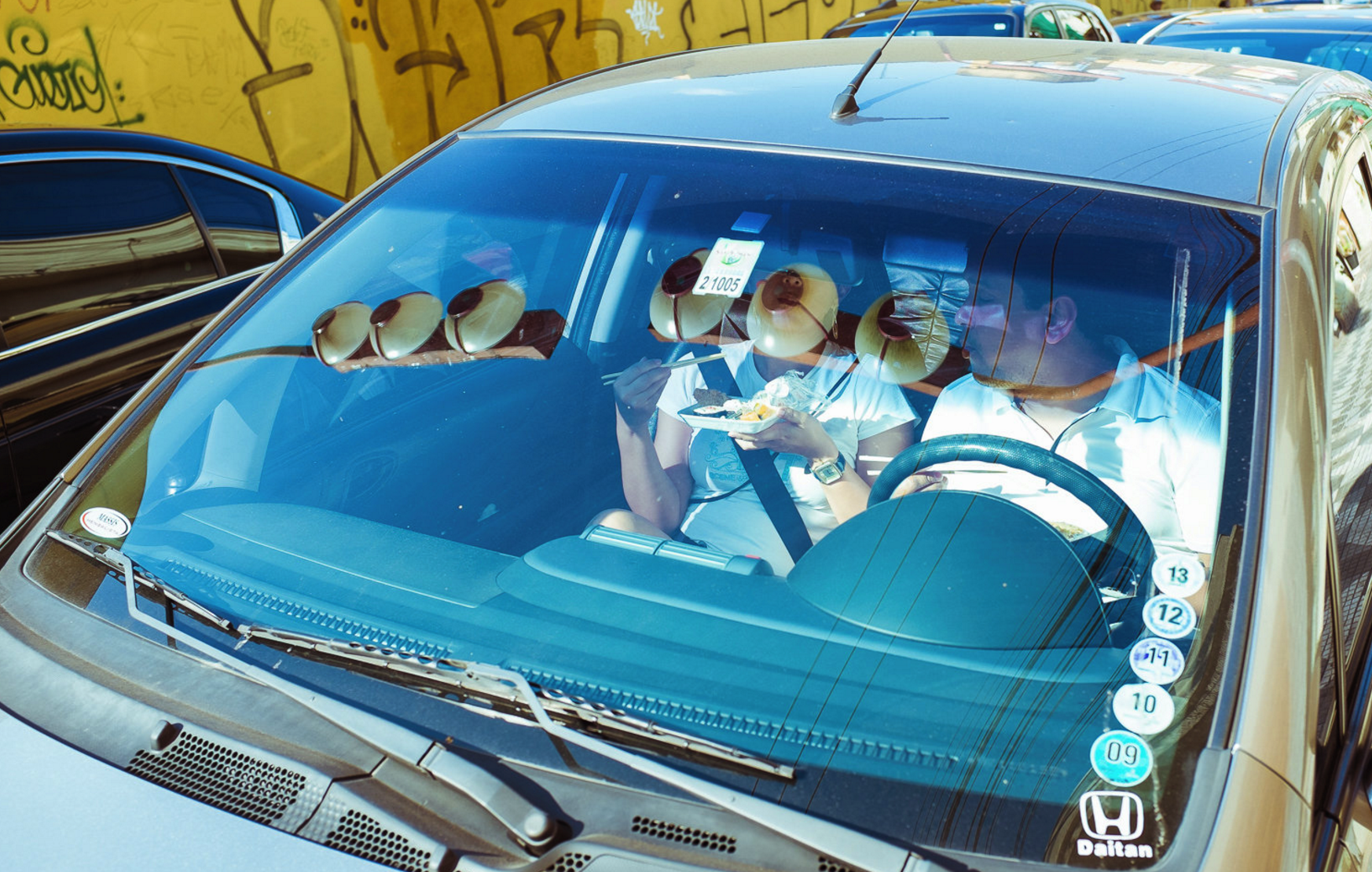 Chun Hua Catherine Dong intends to explore the visual culture of shame in relation to the body, subjects and power in contemporary art. Her focus is exploring the visual culture of shame associated with vulnerability in its personal and socio-political dimensions, deconstructing the experience of shame through gestures, movements and audience participation. In her research, she considered feminism, globalization and psychoanalysis, positioning shame as a feminist strategy of resistance—an ethical practice that seeks altered states of consciousness that possibly leads to restore dignity and humanity. 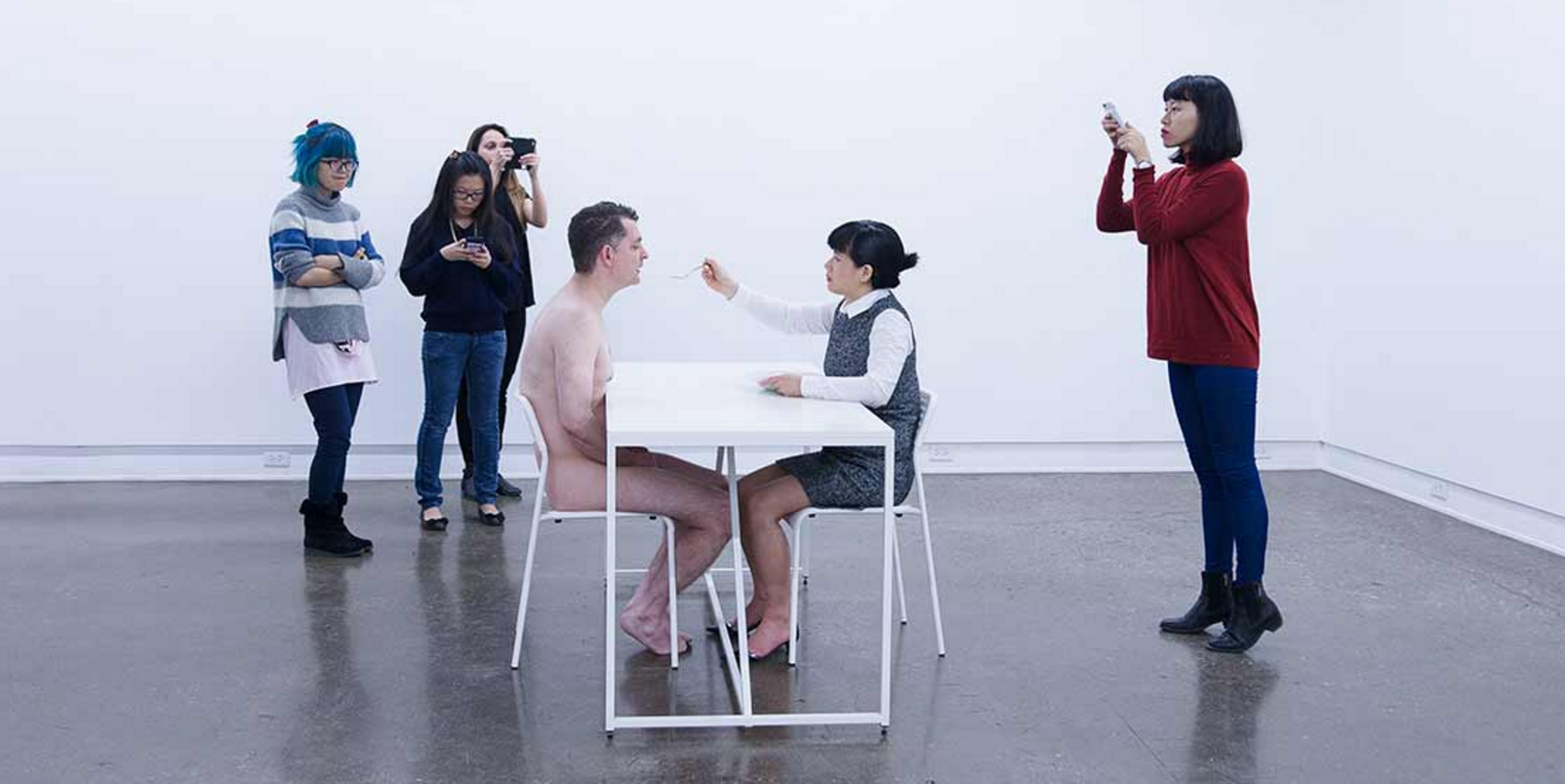 "The project came to me after I finished my novel out of a desire to make something more personal. After weaving together narratives about the world around me, I wanted to look inward at my own narratives and my family mythologies and investigate them. [...] The project began as a series of emails I had begun writing to a close friend who was in Hong Kong. I had only visited Hong Kong once, and had avoided it all my life."

"I stroll the city following an exact route: 1 left, 2 right, 2 left. This is in a way similar to the way algorithms work in a software, where they have a direct semantic order that they are executing but are still semi-autonomous because they can execute it in many ways. So it is in away an analog algorithmic walk. This gives a walk a clouded sense of a finish line. In a way it is a guided walk by specific route but also by a city landscape since you can always encounter some obstacle stack around or change direction. In this way I’m stepping out of the typical concept of walking into a new unconventional way of mapping and presenting maps. " 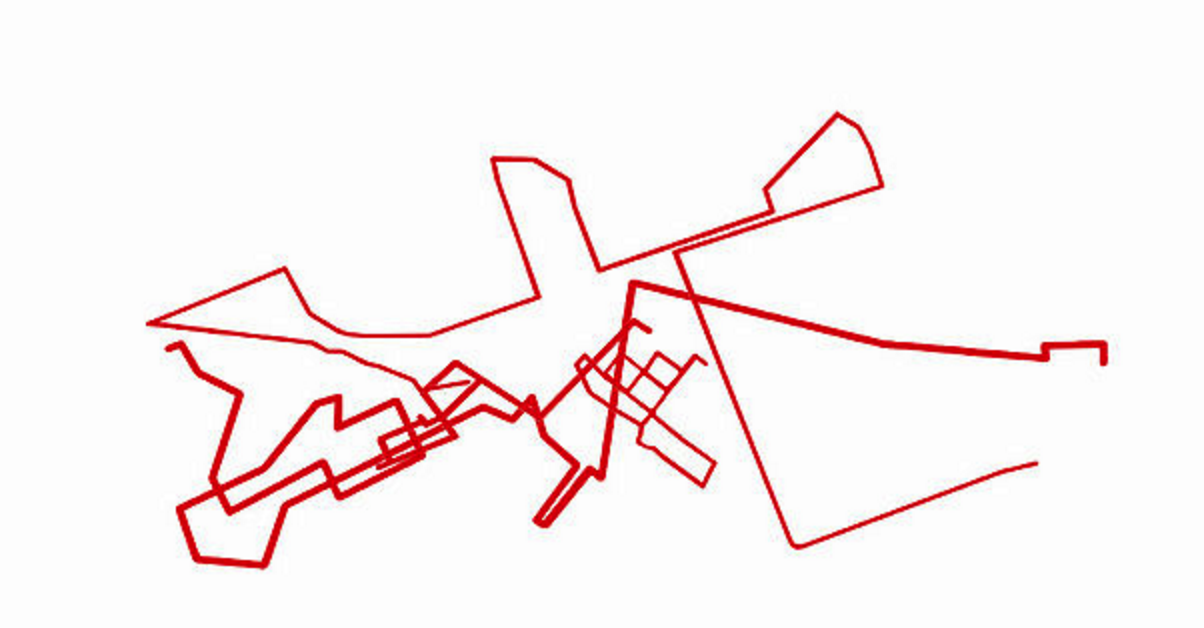 "The installation will comprise of individual instrument tracks playing through intricate hand-made speakers, connecting to a series of tape and mp3 players. The track will be guided by Arduino micro controllers programmed as pulley and pendulum systems with magnets attached. The magnets change the volume and audibility of the instrument tracks by engaging the speakers, bringing sound softly, in waves. The composition will comprise of soundbites from my environment, conversations as well as instruments." 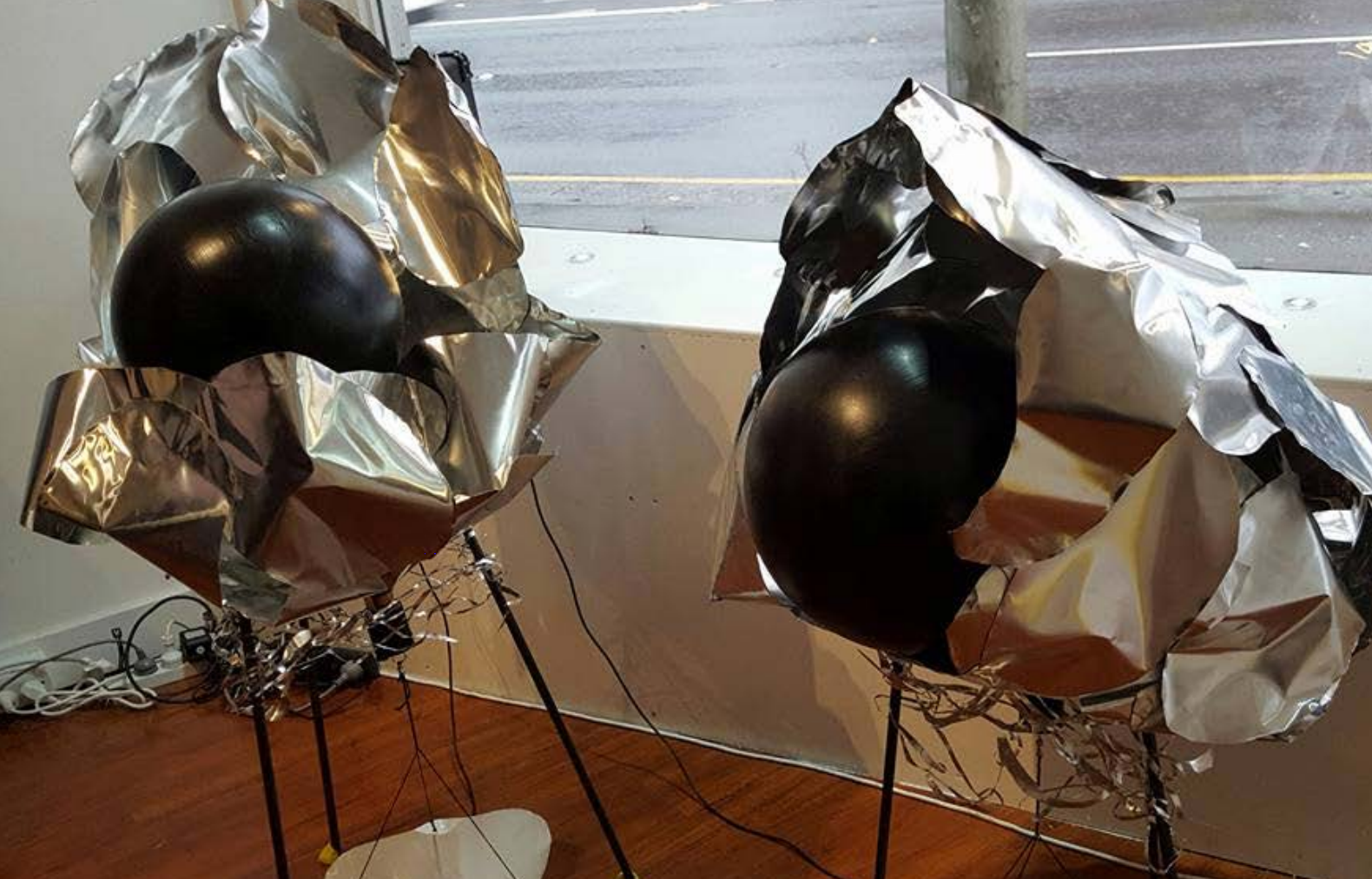 "Using photography as my primary medium, I utilise film cameras as well as other digital mediums as well [to create my works]. I photograph various people, objects, and landscapes that are 'organic combinations', chance occurrences, which are assembled into an image that are illusory, absurd, or have within it a variety of feelings." 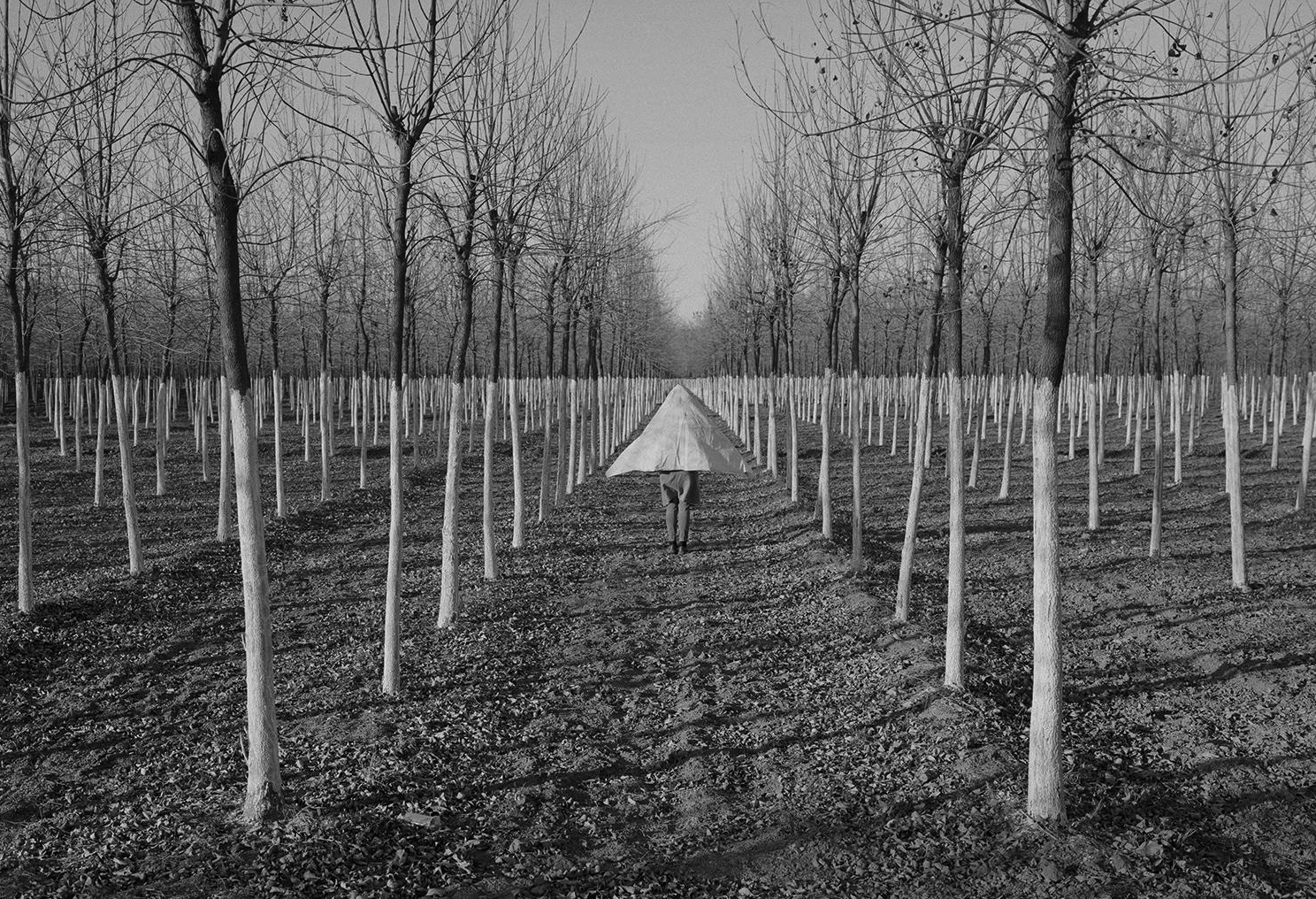 "During the residency I would focus on the anxiety mining gave to me —the constant mining, destroyed stratums, sinkholes bring me the fare of holes and the habit of filling holes, gaps, cracks.The body of work will continue my research on west Pennsylvania underground fire, sinkholes in Florida, the disappeared mining village in China and the sinking city Kiruna in Sweden, put up evidence pieces, researches, narratives, materials to built a 3D digram instillation." 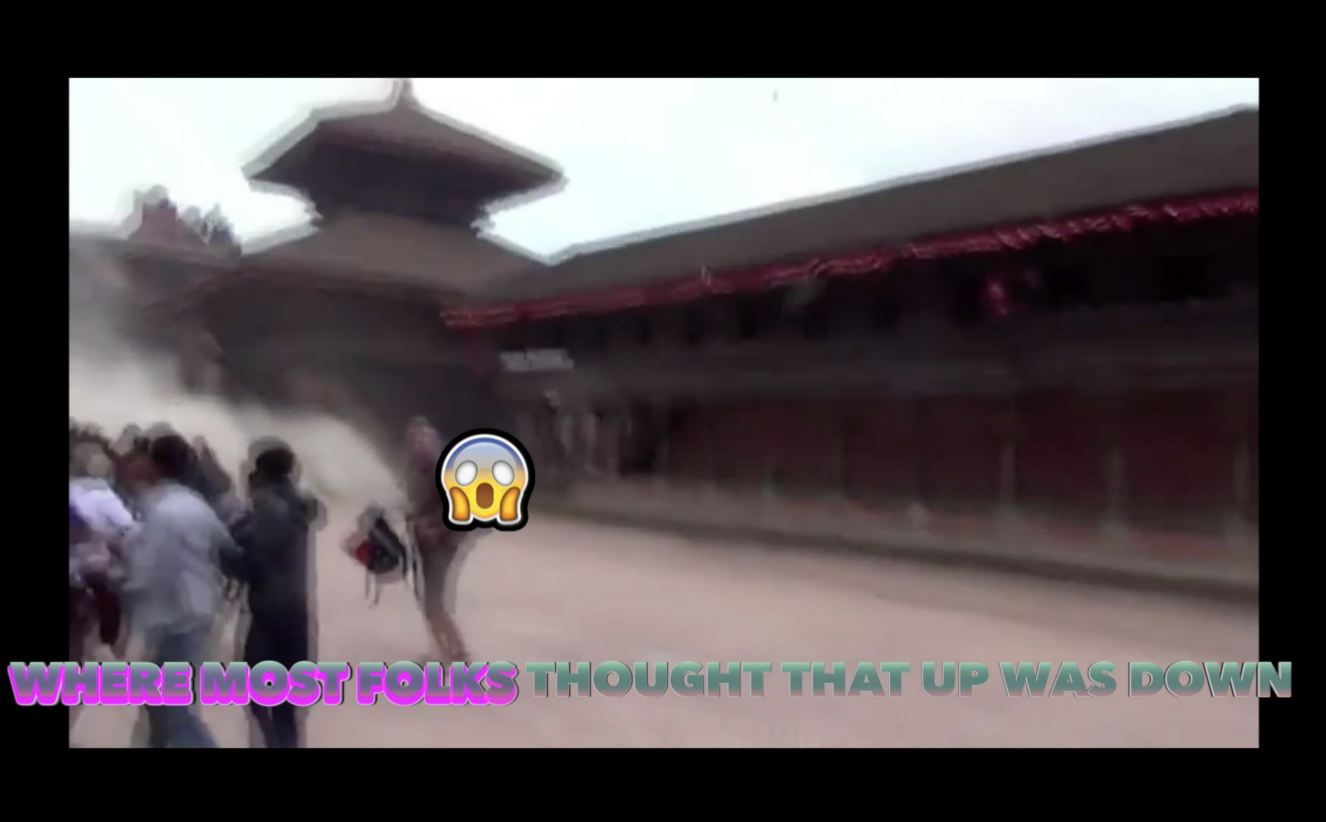 "The impulse towards play is seemingly innate, with games existing since antiquity. Play is a key component of human development - one with limitless powers to influence and affect us. Both play and art-based aesthetic experiences give people the chance to envision and explore concepts beyond their daily lives, uncovering alternative perspectives and allowing for new experiences. I am interested in the urges people have to play, to control and create order through rules, and to simultaneously lose themselves by retreating into alternative, meditative worlds. [...] I will develop a relationship with the gaming culture that is present on Beijing's streets, such as the Chinese board game Mahjong that is played publicly and an integral part of the landscape." 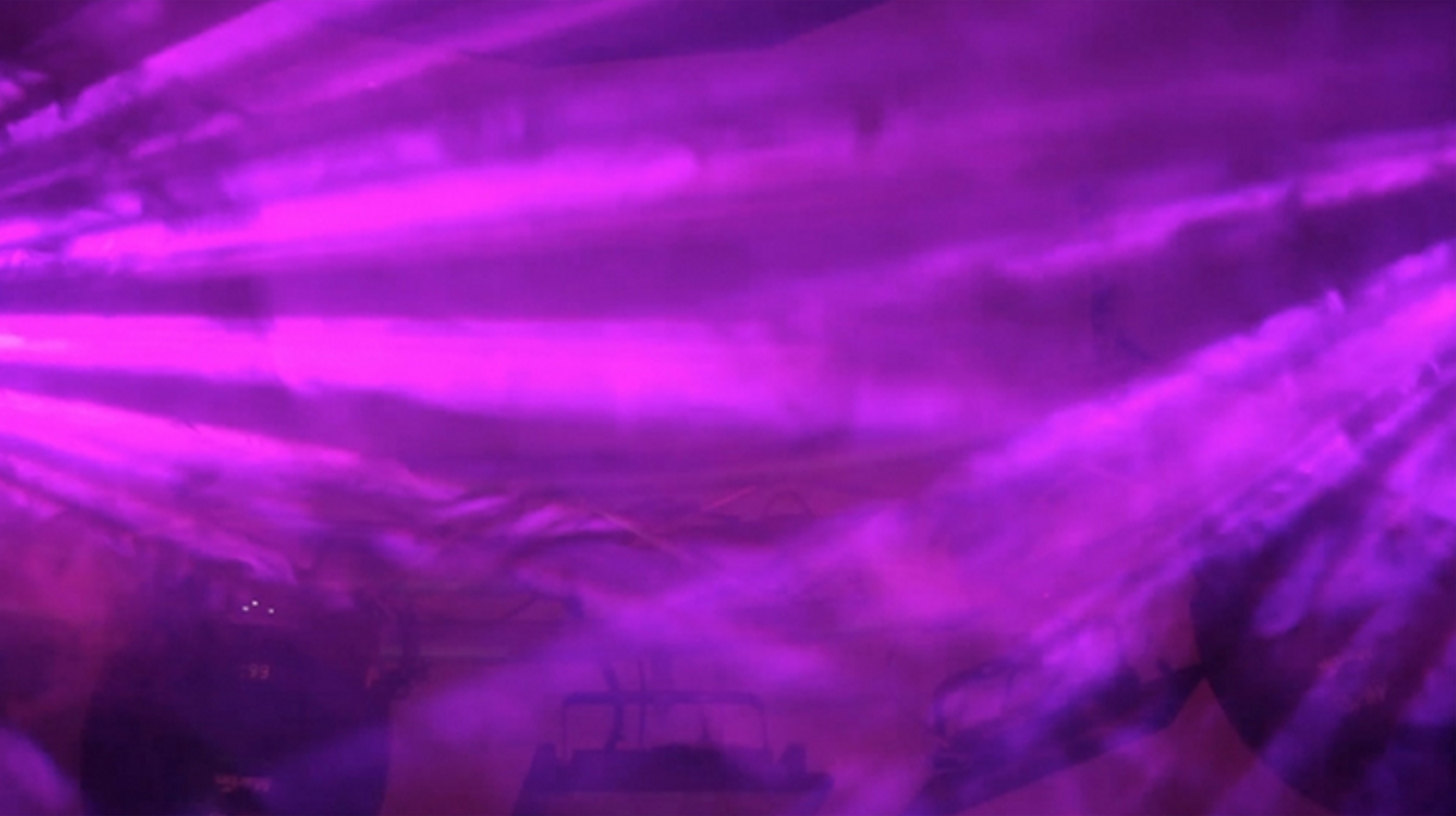 Congratulations to all our finalists and thanks again to our jury. We look forward to helping all finalists pursue their research in China in some way at some point in the (near) future.