Kira, China Residencies's co-founder, will be staging an Ice Treats Exchange during the entire festival, as well as during a very special party on Wednesday August 24th at Wujin 五金, featuring the work of our latest #slowtrain resident Roopa Vasudevan.

Ice cream was likely invented in China thousands of years ago, and in 2014, China overtook every other country to become the world's largest market for ice cream. It's hot in August in Beijing, basically everyone likes popsicles, and pretty much every culture has a version of a frozen delicious thing. There's açaí na tigela in Brazil, bingsu in Korea, fadooleh in Iran, huckabuck across the southern USA, guri-guri in Hawai'i, granitas in Italy, halo halo in the Phillipines, kulfi in India, namkhaeng sai in Thailand, paletas in Mexico, piraguas from Puerto Rico -- and that's just what Wikipedia knows. By crowdsourcing recipes, we're hoping to end up with family recipes for homemade popsicles, water ice, snowcones, ice-cream sandwiches and other frozen ice-based treats from people all around the world to share online, and then make these delicious cold things in Beijing to exchange during events throughout the whole week of Independent Art Spaces Beijing.

Ice Treats Exchange is a continuation of China Residencies's co-founder Crystal's Cupcake Exchange, "a reoccurring project offering homemade cupcakes in return for cultural exchange or items to raise questions on consumerism, cultural colonialism, evangelism, and nationalism." In the past two years since Crystal passed away, these issues grew even more pressing, and we hope this simple exchange of ice treats will bring about silly and serious discussions around globalisation, multiculturalism, and the commodification of cultural exchange.

Please submit your recipes below! 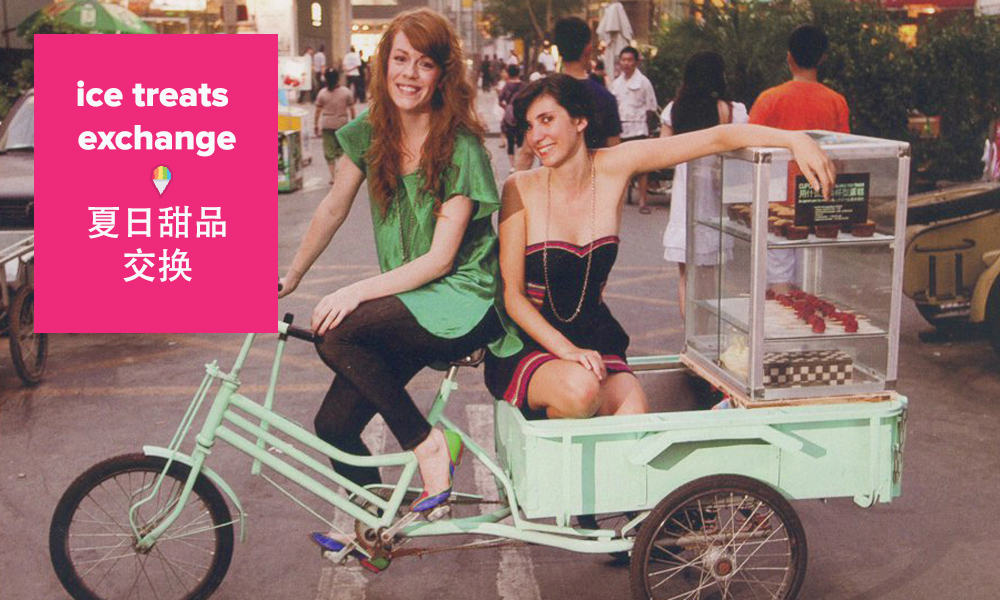